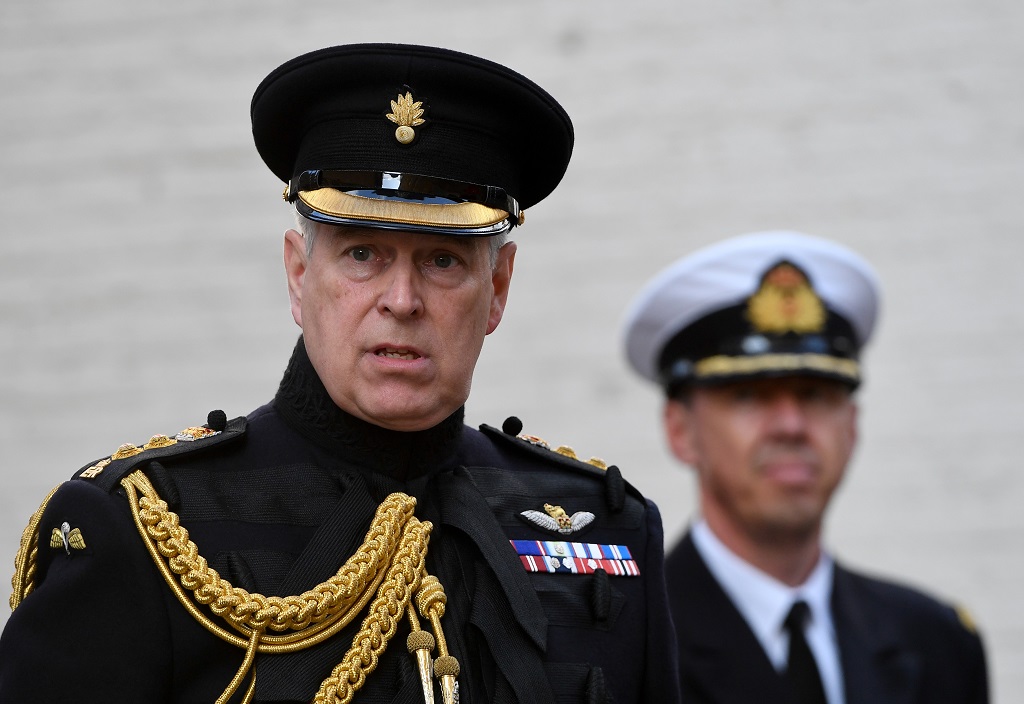 Prince Andrew on November 20, 2019 said he was cancelling his public engagements, as the outcry from the British royal's friendship with convicted sex offender Jeffrey Epstein showed no sign of abating.

LONDON - Prince Andrew is "bewildered" by claims he is not cooperating with the US investigation into the alleged sex trafficking of minors by British socialite Ghislaine Maxwell and the late financier Jeffrey Epstein, his legal team said on Friday.

The daughter of the late newspaper baron Robert Maxwell is believed to have introduced Andrew to Epstein -- a convicted paedophile -- and US authorities want to speak to the prince about their relationship.

Maxwell was arrested and charged by US authorities on Thursday after spending months living in seclusion.

Epstein committed suicide in jail while awaiting trial last year and Queen Elizabeth II's second son quit his royal duties after he defended his relationship with him.

He has since faced claims from US prosecutors that he is running shy of giving his version of events.

"The duke's team remains bewildered given that we have twice communicated with the DOJ in the last month and to date we have had no response," an unnamed source on his legal team was quoted as saying by the Press Association news agency.

Acting United States Attorney for the Southern District of New York Audrey Strauss told reporters on Thursday they would "welcome Prince Andrew coming in to talk with us".

"We would like to have the benefit of his statement," she added.

The 60-year-old Duke of York vehemently denies claims he had sex with a 17-year-old girl procured by Epstein.

Pictures of him posing with his arm around the girl's waist forced Andrew to give a disastrous TV interview to the BBC that was quickly followed by his standing down from all Royal duties in November.

A lawyer who represents some of Epstein's alleged victims told British television on Friday that the prince was "avoiding and evading" the US authorities.

"More excuses, more delays, it really is painful for many of the victims. It's just not fair," lawyer Gloria Allred told ITV.

"He has been hiding behind not only the royal family but his attorneys," lawyer Spencer Coogan told BBC radio.

A US attorney for the Southern District of New York said last month that Andrew had "repeatedly declined our request to schedule" an interview.