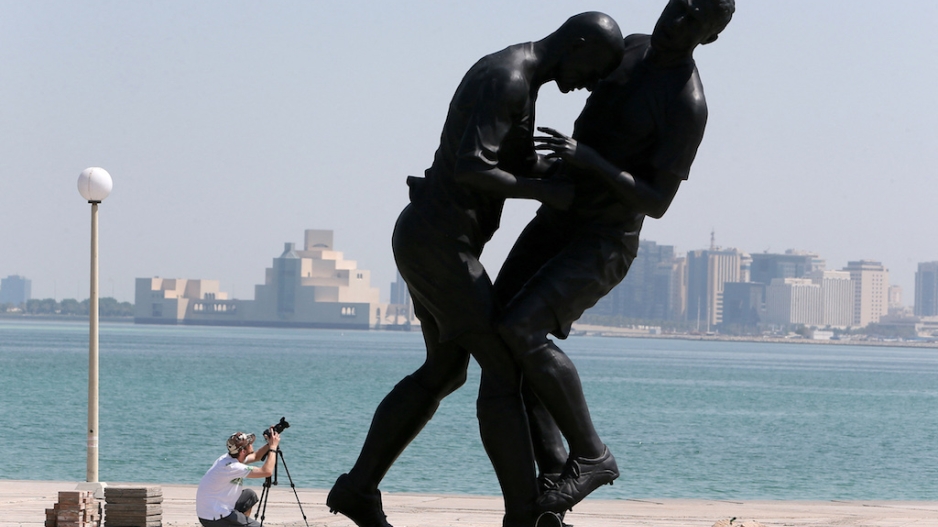 The five-metre high bronze showing the French legend in confrontation with Italian defender Marco Materazzi was put up for less than four weeks on the Doha seafront in 2013 when protests that it breached Islamic rules on idolisation led to it being taken down.

The statue will now be at the centre of an exhibit at Doha's new international sports museum on the impact of high-level sport on "mental health and dealing with stress", said Sheikha Al-Mayassa bint Hamad bin Khalifa Al Thani, the head of Qatar Museums.

"It was nothing against public art, it was more that it felt that was not the right location and it's going be reinstalled," Al Thani told a press conference.

"We're actually planning to reinstall it at the 3-2-1 museum. Zidane is a great friend of Qatar and he's a great role model for the Arab world.

"One of the things we're trying to teach and empower people through art is facts about life. So with the Zinedine Zidane sculpture, we'll be talking a lot about the stress on athletes under big tournaments and the importance of dealing with issues of mental health."

Museum officials said they hoped to have the statue on display again by the start of the 2022 World Cup on November 21.

The statue sculpted by Algerian-born French artist Adel Abdessemed offended conservatives in the Muslim emirate after it was put up in 2013. A social media campaign saw many people condemn it as a flagrant violation of religious tenets.

Al Thani said that there was often opposition to art. "At the start they criticise it but then they accept it."

Qatar, which has spent hundreds of millions of dollars on new museums and art over the past two decades, plans a vast campaign for the World Cup which 1.4 million people are expected to visit.

The landmark Museum of Islamic Arts, which has undergone a huge refurbishment, is to reopen in October, Al Thani said.