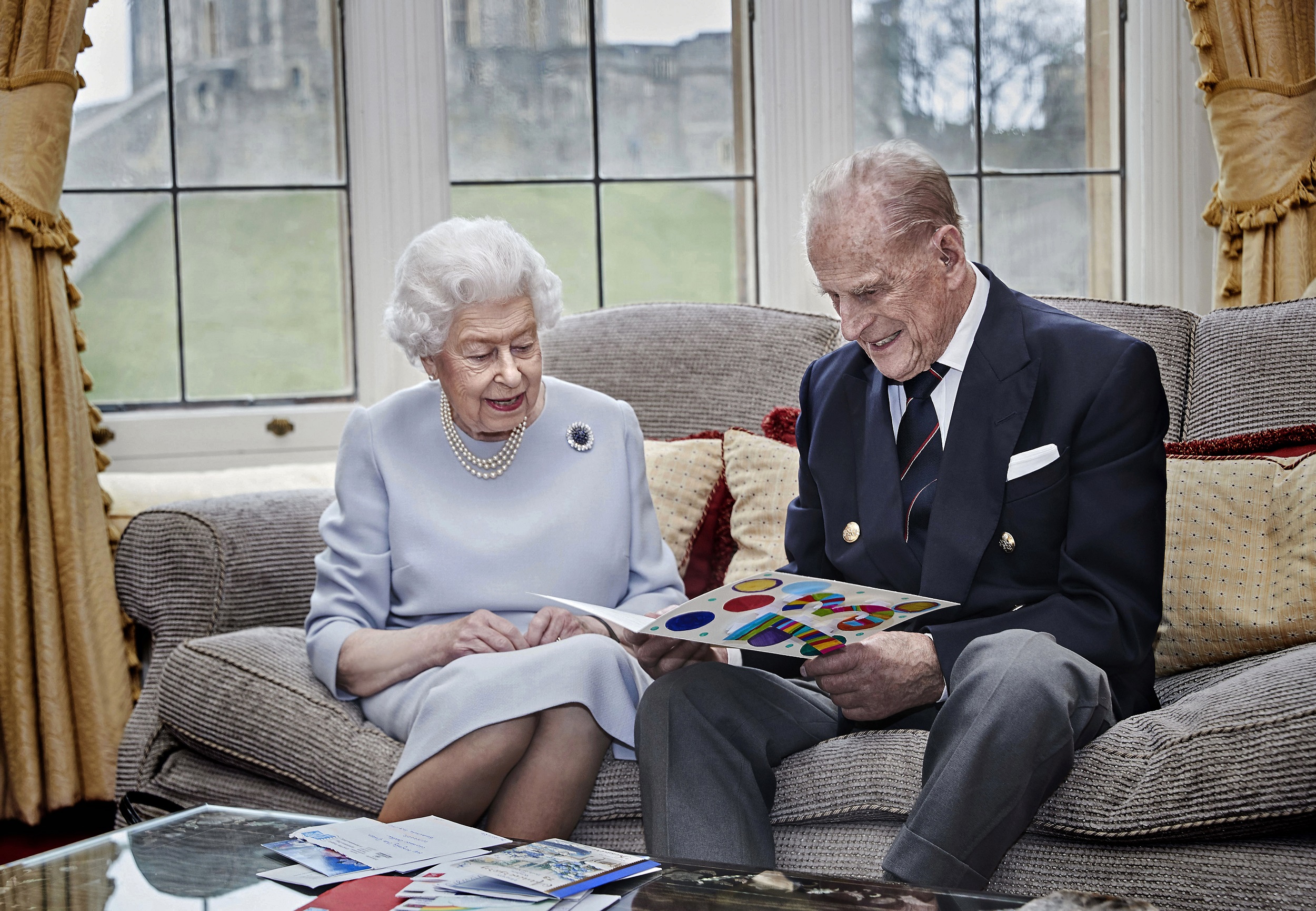 FILE: Britain's Queen Elizabeth and Prince Philip look at a homemade wedding anniversary card given to them by their great grandchildren, Prince George, Princess Charlotte and Prince Louis in the Oak Room at Windsor Castle. AFP/Chris Jackson/Buckingham Palace

However, due to England being under lockdown, they will be unable to share their special day with their family.

The couple tied the knot in London’s Westminster Abbey in 1947, just two years after the end of World War Two.

To mark their anniversary, Buckingham Palace released a photograph of a smiling monarch and her husband looking at a card made by her great-grandchildren Prince George, Princess Charlotte and Prince Louis, alongside other cards and letters from well-wishers.