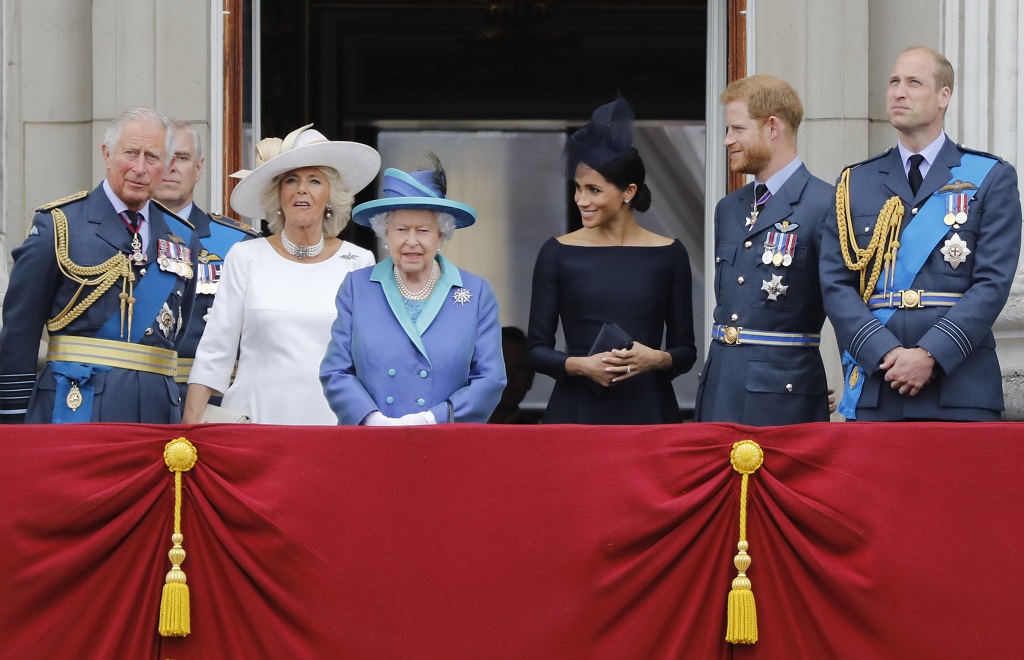 LONDON - Queen Elizabeth II and other senior British royals were gathering for a meeting Monday with Prince Harry in an attempt to solve the crisis triggered by his bombshell announcement that he and wife Meghan were stepping back from the royal frontline.

Harry's father Prince Charles and brother Prince William, with whom he has strained relations, will join the monarch at her private Sandringham estate in eastern England, according to British media.

Charles just flew back from Oman, where he attended a condolence ceremony following the death of Sultan Qaboos.

Meghan is expected to join the meeting via conference call from Canada as they attempt to work out the "next steps" towards a compromise and nip the growing crisis in the bud.

Issues up for debate include how much money the couple will still receive from Charles's estate, their royal titles and what commercial deals they can strike, according to the Sunday Times.

The newspaper reported that William believes he and Harry are now "separate entities", breaking the bonds forged following their mother's tragic death.

"I've put my arm around my brother all our lives and I can't do that any more; we're separate entities," the Times reported he told a friend.

The queen attended church at Sandringham on Sunday where supporters expressed sympathy for her, with some members of the public saying Harry and Meghan should not receive any more taxpayer money if they step back from the royal family.

The 93-year-old monarch on Thursday demanded that staff work with the couple to find urgently a "workable solution" that would take into account their demands for more freedom.

Harry, Meghan and son Archie spent Christmas in Canada, with the American former actress returning there this week.

Several Canadian media reported Meghan had returned to Vancouver Island off the country's Pacific coast, where the family spent the year-end holidays and where baby Archie had remained with his nanny.

Senior royals were caught off guard by Wednesday's announcement that the Duke and Duchess of Sussex wanted to seek a "progressive new role" and divide their time between Britain and North America.

The queen's office issued a terse statement the same evening, saying there were "complicated issues that will take time to work through".

Harry and Meghan said they intended to continue to "fully support" the queen and "collaborate" with senior royals.

They also want to keep their home on the queen's Windsor Castle estate as their British base, while aiming to become financially independent.

Media reports said Harry and Meghan could conduct a potentially damaging television interview if they are unhappy with the outcome of Sunday's meeting.

Writing for The Sunday Times, broadcaster Tom Bradby, a friend of Harry and William, said: "I have some idea of what might be aired in a full, no-holds-barred, sit-down interview and I don't think it would be pretty."

The younger prince, who has struggled with his role, last year revealed he has been growing apart from his brother, who as second in line to the throne is increasingly pursuing a different path.

Harry has been open about his mental health issues, and he and Meghan last year admitted to struggling with the spotlight following their wedding at Windsor Castle in May 2018 and Archie's birth a year later.

The couple have also lashed out at negative news coverage --  some of which Harry says was racist -- in light of Meghan's biracial heritage.

The British public currently appears to be siding with the family, with a Daily Mail poll showing that a majority believe Harry should give up his right to the throne and be stripped of cash support from the royals or taxpayers.