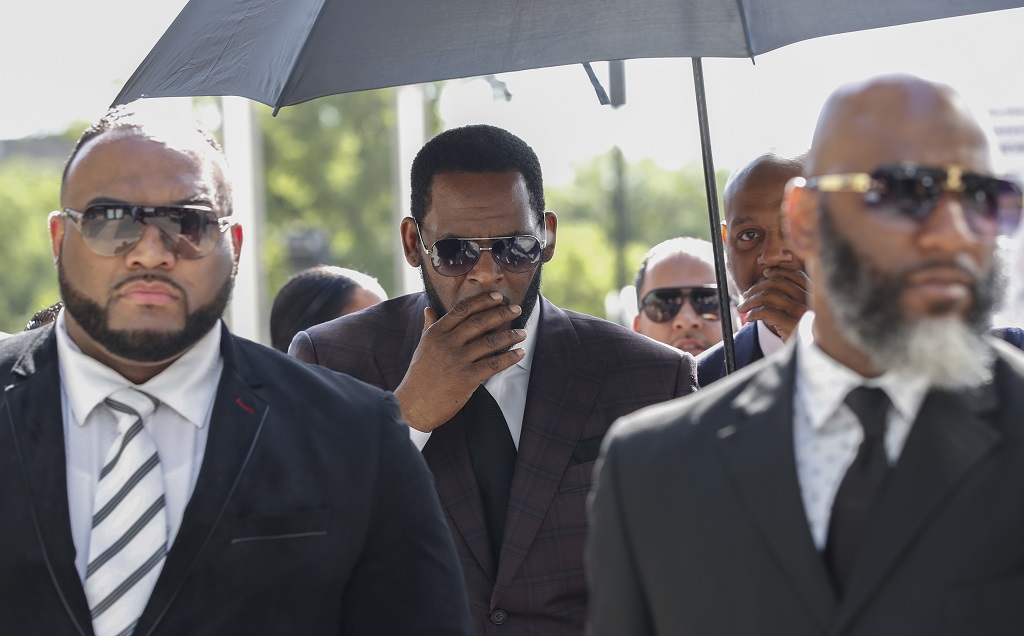 R. Kelly arrives for a hearing on sexual abuse charges at the Leighton Criminal Court Building on June 26, 2019 in Chicago, Illinois.

CHICAGO - US authorities on Friday released revamped federal charges in Chicago against the R&B superstar R. Kelly, to include sex crime allegations that involve a new accuser.

The latest allegations against the disgraced 53-year-old artist -- who is accused in multiple states of sex crimes against minors -- goes into scant detail of the new accuser dubbed "Minor 6" but, like the original indictment, involves multiple child pornography counts.

The superseding filing removes the reference to "Minor 2," however, meaning there are still five accusers involved in the Chicago federal case.

Kelly -- known for hits like "I Believe I Can Fly" -- has a decades-long history of abuse allegations, especially of underage girls.

He will be arraigned under the superseding indictment in Chicago, possibly on March 5, when he already had a status hearing scheduled.

His Chicago trial was to begin April 27 but the court could postpone the proceedings.

"We are aware of the superseding indictment. We continue to fight for him and look forward to the day he is free," Steve Greenberg, lawyer to the Grammy-award winning artist, tweeted.

The Chicago federal charges allege Kelly filmed himself having sex with minors and that he paid potential witnesses in his 2008 trial -- in which he was acquitted -- to ensure their silence.

In December the artist born Robert Sylvester Kelly pleaded not guilty to bribery charges in New York that are believed to be linked to his marriage to the late singer Aaliyah when she was just 15 years old.

That charge expanded on an earlier New York indictment that includes racketeering, accusing Kelly of systematically recruiting girls for sex while touring and coercing them into sexual activity.

Jury selection for the New York federal proceedings is currently scheduled for July 7.

Kelly denies all accusations of sex abuse levelled against him.

In addition to the federal charges in New York and Chicago, the singer faces state charges in Illinois and Minnesota.