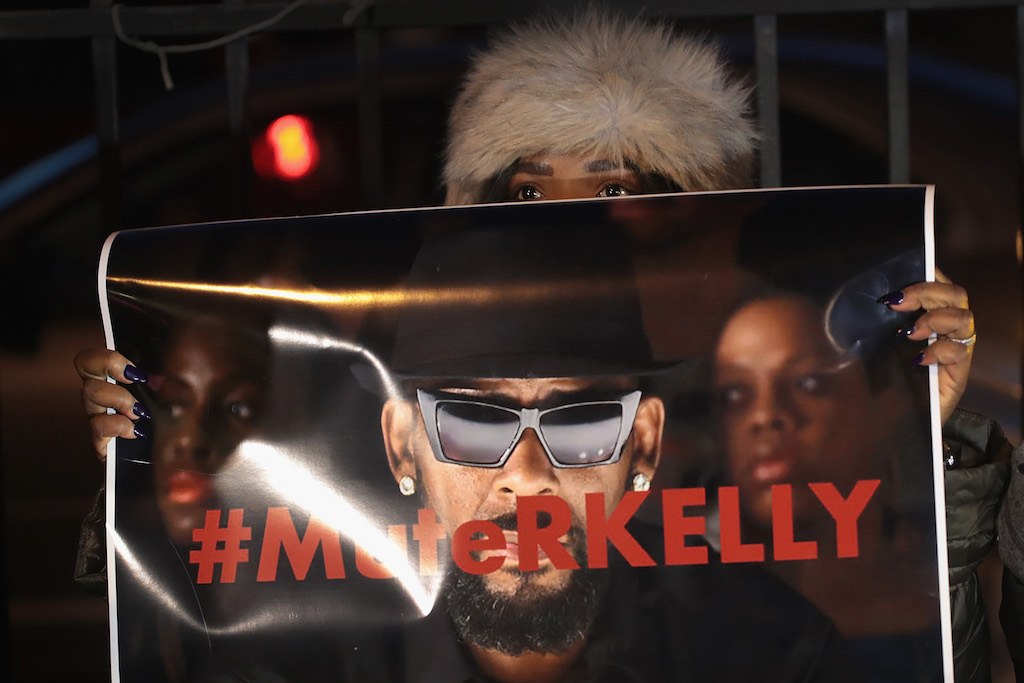 Demonstrators gather near the studio of singer R. Kelly to call for a boycott of his music.

LOS ANGELES - An attorney for R. Kelly on Friday called a new documentary series about the R&B singer a "for-profit hit piece," and said the latest accusations of abuse by the Grammy-winning musician were a "complete fabrication."

The six-hour documentary "Surviving R. Kelly," which aired earlier this month on US cable channel Lifetime, includes allegations from multiple women who accuse Kelly of sexual misconduct, sometimes with minors.

Kelly, the Chicago singer and record producer best known for his hit song I Believe I Can Fly, has for years denied accusations of abuse, including those made in the new documentary.

Steve Greenberg, an attorney for Kelly, said in an interview on Friday that there was no evidence to support the accusations contained in the documentary, calling it a "for-profit hit piece full of falsities, full of mistakes."

The Lifetime series featured interviews with several women making on-camera allegations of sexual, mental and physical abuse by Kelly, as well as interviews with some of his former managers and producers.

The latest accusations echo similar ones against the singer dating back 25 years. After the documentary aired, Chicago's top prosecutor called on potential victims and witnesses to come forward.

"We cannot seek justice without you," Cook County State's Attorney Kim Foxx said this week at a news conference.

According to media reports, prosecutors in Georgia have contacted an attorney for an Atlanta-area couple who appeared in the documentary and accuse Kelly of brainwashing their daughter.

Reuters was unable independently to verify the accusations in the documentary and could not immediately reach prosecutors for comment. In 2008, the singer was tried and acquitted on child pornography charges in Chicago.

"There's women saying things, which is of course their prerogative, but there is no evidence that any of it happened," Greenberg said of the documentary.

Kannie Yu LaPack, a spokeswoman for Lifetime, said: "The women's stories speak for themselves."

Lifetime is part of A&E Networks, which is a joint venture between Hearst Communications and Walt Disney Co.

The series has been a hit for the network, which said the documentary's January 3 premiere attracted 1.9 million viewers and the network's biggest audience in two years among adults 25 to 54 and other age groups.

After the documentary aired, singer Lady Gaga vowed to remove a duet she recorded with Kelly from streaming services and never collaborate with him again.