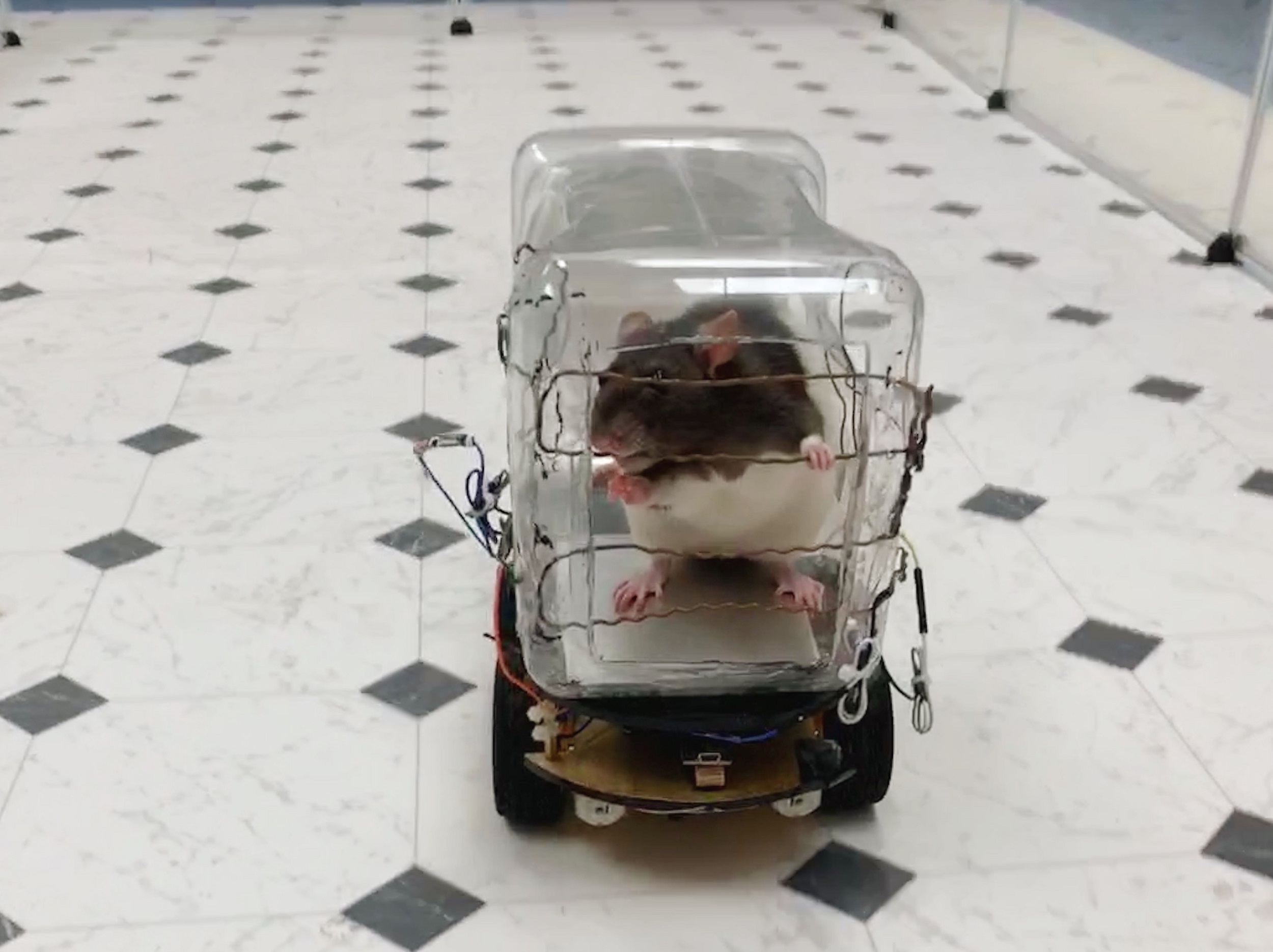 Scientists have reported successfully trained rats to drive tiny cars and found that learning the task lowered their stress levels.

WASHINGTON - Sometimes life really can be a rat race.

US scientists have reported successfully training a group of the rodents to drive tiny cars in exchange for bits of Froot Loops cereal, and found that learning the task lowered their stress levels.

Their study not only demonstrates how sophisticated rat brains are, but could one day help in developing new non-pharmaceutical forms of treatment for mental illness, senior author Kelly Lambert of the University of Richmond told AFP.

Lambert and her colleagues modified a robot car kit by adding a clear plastic food container to form a driver compartment with an aluminum plate placed on the bottom.

A copper wire was threaded horizontally across the cab to form three bars: left, center and right.

When a rat placed itself on the aluminum floor and touched the wire, the circuit was complete and the car moved in the direction selected.

Seventeen rats were trained over several months to drive around an arena 150 centimeters by 60 centimeters made of plexiglass.

Writing in the journal Behavioural Brain Research, the researchers said the animals could indeed be taught to drive forward as well as steer in more complex navigational patterns.

As she had suspected, Lambert found that the animals kept in stimuli-rich environments performed far better than their lab rat counterparts, but "it was actually quite shocking to me that they were so much better," she said.

The rats' feces was collected after their trials to test for the stress hormone corticosterone as well as dehydroepiandrosterone, which counters stress.

All rats that underwent training had higher levels dehydroepiandrosterone, indicating a more relaxed state, which could be linked to the satisfaction of gaining mastery over a new skill, referred to as "self-efficacy" or "agency" in humans.

What's more, rats that drove themselves showed higher levels of dehydroepiandrosterone as compared to those who were merely passengers when a human controlled the vehicle, meaning they were less stressed -- something that will be familiar to nervous backseat drivers.