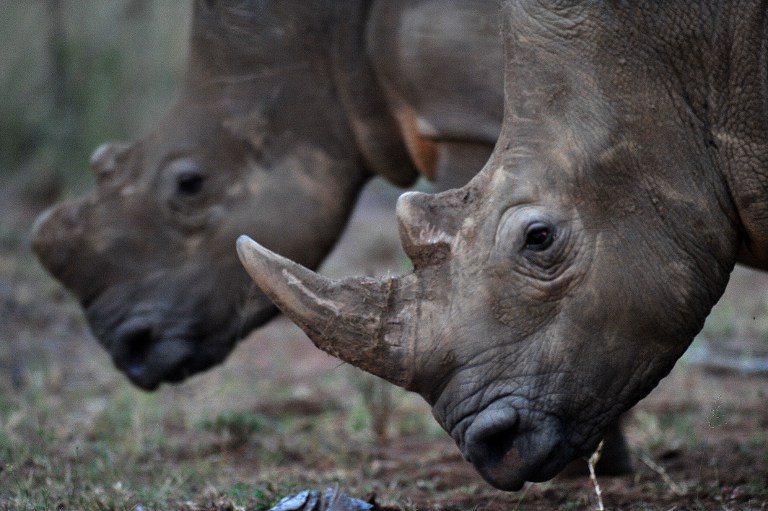 AMSTERDAM - A female rhinoceros drowned at a zoo in the Netherlands after an attempt to introduce her to a new mate went tragically wrong, the zoo said.

Elena was "startled" by the arrival of a male white rhino named Limpopo at the Wildlands zoo in the eastern city of Emmen near the German border.

After a chase, the exhausted female slipped into a waterhole, at which point zookeepers lured the male away from her.

"Unfortunately, this help came too late for Elena and she had already drowned," the zoo said in a statement.

Limpopo had arrived at the park in early September from another Dutch zoo where he sired three offspring as part of a European breeding programme.

The zoo said such an introduction "often requires intervention, but never before has one been fatal".