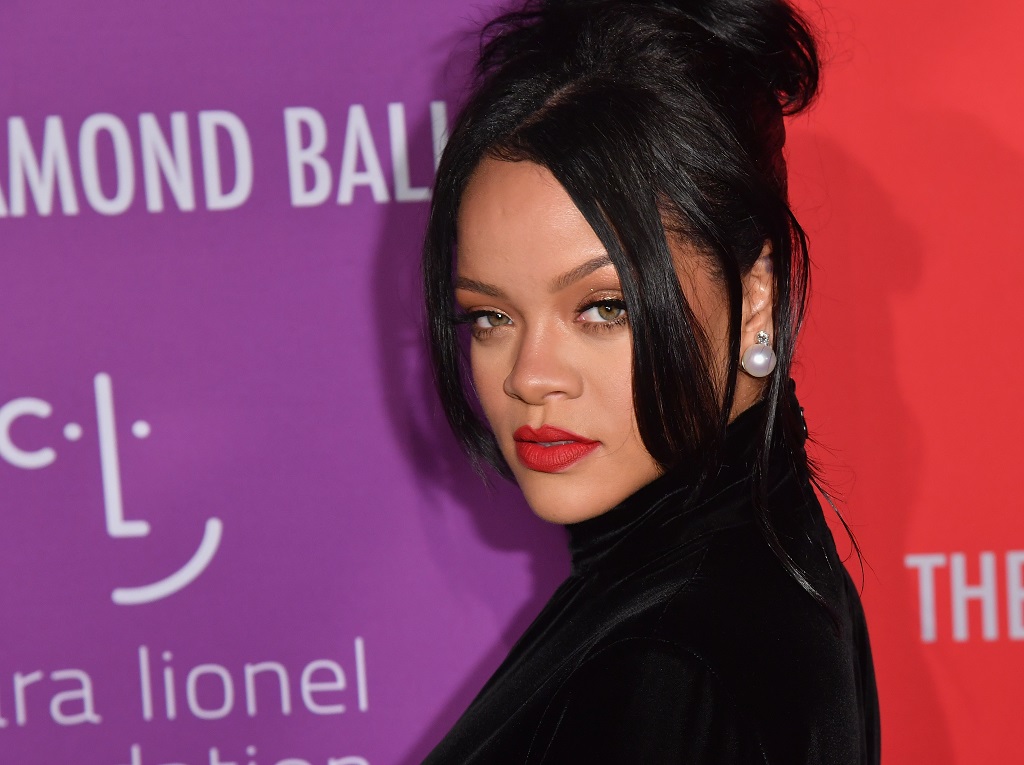 NEW YORK - Rihanna speared President Donald Trump as perhaps "the most mentally ill human being in America" over his position on gun rights in a candid Vogue interview published Wednesday that also touched on immigration and racism.

Asked about the back-to-back shootings earlier this year in the US cities of El Paso and Dayton, the superstar performer who recently cemented her place in the upper echelons of the fashion industry with her own luxury line called the gun violence plaguing American society "devastating."

After the August shootings Rihanna had decried Trump's classification of the violence as the result of a "mental illness problem."

"People are being murdered by war weapons that they legally purchase. This is just not normal. That should never, ever be normal," Rihanna told the fashion magazine that featured her on its cover for the sixth time.

"And the fact that it's classified as something different because of the color of their skin? It's a slap in the face. It's completely racist."

"Put an Arab man with that same weapon in that same Walmart and there is no way that Trump would sit there and address it publicly as a mental health problem," the 31-year-old continued.

"The most mentally ill human being in America right now seems to be the president."

Earlier this year Rihanna removed her catalogue from the blanket "political entities license" agreement that had allowed the president to play her songs during his rallies.

The native of Barbados has used her massive social media platform - she boasts 75.9 million followers on Instagram alone - to urge US citizens to vote, including in last year's midterm election.

Rihanna also confirmed reports that she had turned down the National Football League's offer to play the coveted Super Bowl halftime show in solidarity with former player Colin Kaepernick.

Kaepernick, who has not played in the NFL since opting out of his contract with the San Francisco 49ers in March 2017, began kneeling in protest of social injustice and racial inequality during pre-game renditions of the US national anthem three years ago.

"I couldn't dare do that. For what? Who gains from that? Not my people. I just couldn't be a sellout. I couldn't be an enabler," she said of the opportunity.

Turning to the subject of immigration, Rihanna said the controversies surrounding the issue in recent years have made her "sick to my stomach."

Currently the world's richest female musician, Rihanna has centered her focus on fashion in recent years, making history by becoming the first black woman to head a fashion house for the French powerhouse LVMH, which owns legacy brands including Fendi and Givenchy.

She has also made waves with her inclusive lingerie and make-up lines that offer a wide range of sizes, styles and skin colors.

Rihanna's fierce fan base has been clamoring for her ninth album, "R9," however, which she said will be "reggae-infused" and hinted is nearly finished.

So proud to be on another cover of @voguemagazine wearing my own designs from @fenty !!! On stands October 16th! Photographer : @ethanjamesgreen Fashion Editor: @tonnegood Hair: @yusefhairnyc Makeup: Kanako Takase