Rihanna does the 'Gwara Gwara' during Grammy performance 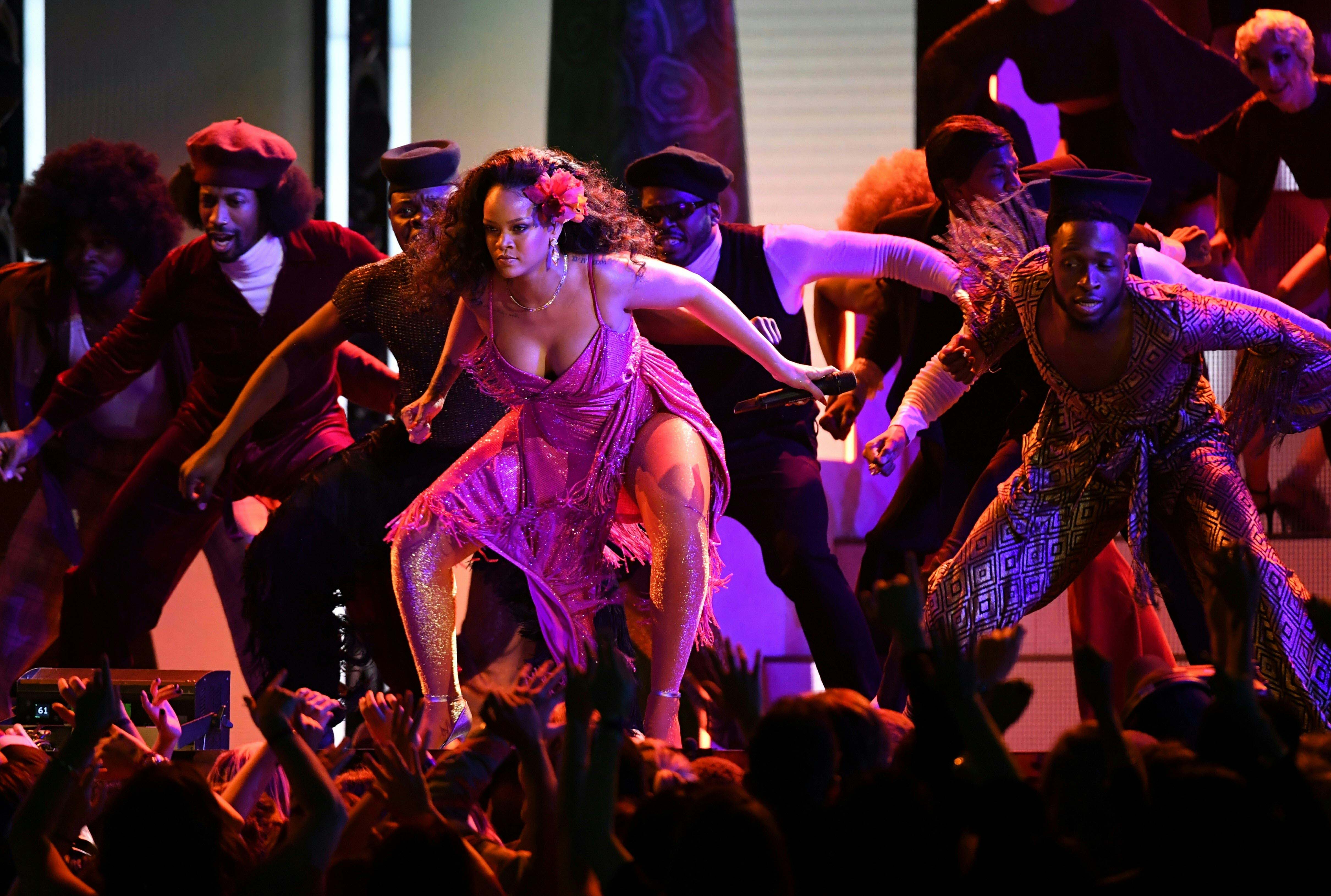 NEW YORK - The Barbados singer Rihanna wowed the audience when she danced a South African original move, the &39;Gwara Gwara&39;.

Rihanna took to the stage after DJ Khaled, in a fuchsia studded dress as she performed the hit, Wild Thoughts at the 60th Grammy Award show held at Madison Square.

She showed a few moves that resembled South African favourites, the most distinctive being the &39;Gwara Gwara&39;, which was part of the group&39;s choreography.

The Anti singer delivered a sultry performance along male dancers which sent the crowd into loud cheers.

In South Africa, the dance move was originally created by the well-known DJ Bongz, The DJ has since tagged both Rihanna and DJ Khaled for dancing like him.

She rocked the dance move alongside her stage dancers.

Visuals of the singer from the Grammys have since been turned into funny memes on social media.

She copped the dance and the facial expression too. Rihanna Grammys pic.twitter.com/0nU6TaY18i

I knew Rihanna was a United fan! pic.twitter.com/Jt4c91kLIP