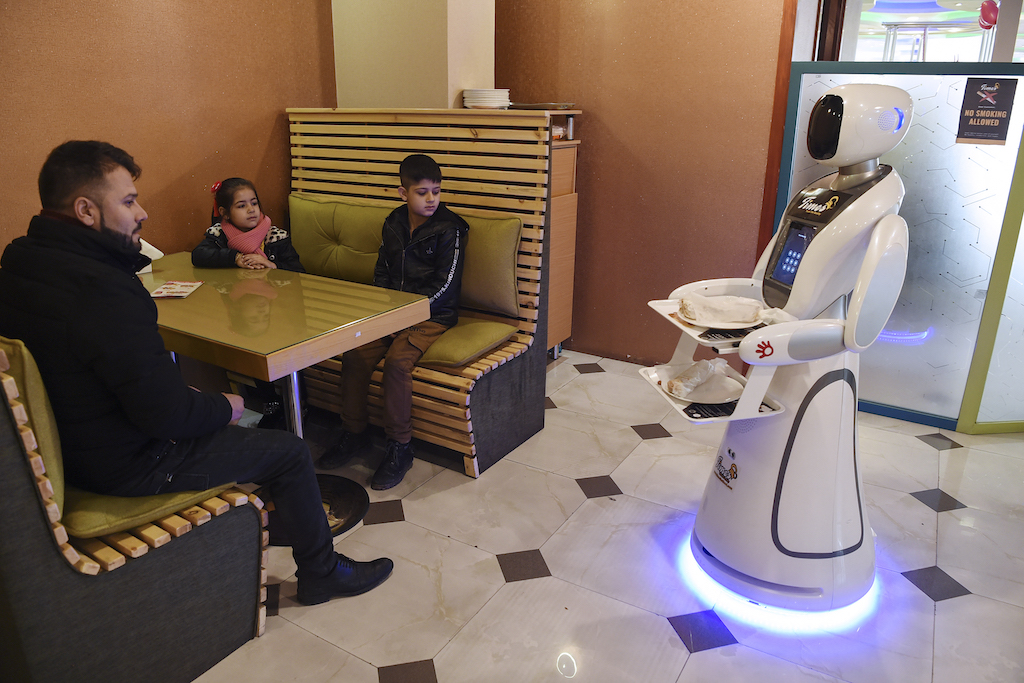 KABUL - Afghanistan's first-ever robot waitress glides up to a table of curious diners in central Kabul and presents them with a plate of French fries.

"Thank you very much," the machine says in Dari, one of Afghanistan's two main languages.

Restaurant manager Mohammad Rafi Shirzad says the humanoid robot, imported from Japan and designed to look vaguely like a women wearing a hijab, has already pulled in new customers since it started working last month.

"It is interesting for many people here to see a robot in real life," he said. "Sometimes kids jump in joy and surprise when they see the robot bring them food."

After decades of war that has left much of the country's infrastructure in ruins, the sight of a battery-powered waitress has provided some light relief in Kabul.

Named "Timea" and measuring about 150 centimetres in height, the robot performs only rudimentary tasks.

It delivers plates to tables, which diners then take from a tray, and can say basic phrases including "Happy Birthday".

It also can stop when it comes across an obstacle, and customers can place orders via a touch panel.

But the story is not without controversy.

Some Afghans see Timea as a threat to the country's dire unemployment situation.

"They employ a robot when there are tens of thousands of young people desperately looking for a job."