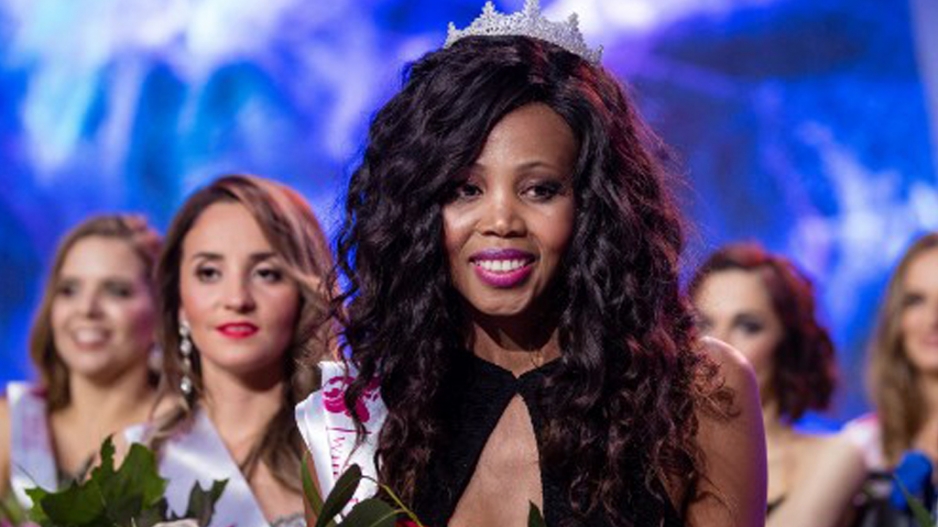 This was the first-ever edition of the pageant held in Warsaw, Poland.

Aleksandra Chichikova from Belarus was crowned as Miss Wheelchair World while Poland's Adrianna Zawadzinska was named second princess. The contest which brought together 24 young women from 19 countries, was the first of its kind globally.

Monyatsi acquired post-polio at the age of three and has since used a wheelchair for mobility.

She expressed excitement over being crowned First Princess.

“To be honest I'm very happy, especially for the fact that our country will be recognized," said Monyatsi.

Her duties as a First Princess will include marketing Miss Wheelchair World to her best ability, getting involved in charity and making a positive impact on people with different abilities.

It was not an easy journey for the wheelchair model to reach her goal of taking part in the contest, she had to raise her own funds to go represent South Africa in Poland.

“It wasn't easy getting financial support, I requested sponsorship from office of the President, Social Development (at National Level) and National Council for People with Disability, and they all declined. I had no choice but to apply for a personal loan so I can buy the flight ticket. After a radio interview, someone volunteered to help with the flight ticket for my assistant and paid for both our visas."

Monyatsi who has represented the country in wheelchair basketball at international level spent eight days in Warsaw, Poland with other contestants busy with rehearsals, photo sessions, visits and conferences.

She said that events like the Miss Wheelchair World will have a positive impact on the youth.

“I believe that this kind of event will enhance self-confidence and self- esteem of youngsters and give them the courage to step outside their comfort zone.”

The Rolling Goddess as she’s known on social media platforms had always dreamt of being a model but she had no one that she could identify with on the catwalk and the are no opportunities for persons in wheelchairs in the modelling world.

“I have always loved modelling from a young age but I couldn't pursue it because of lack of opportunities for people with disabilities. As we all know that media impact on society and there's no one who looks like me in the media industry to serve as an inspiration to those who live with disabilities. I decided to embark on this journey so I can be a role model to everyone who thought it is not possible.”

Monyatsi said she’s grateful for the experience she had at the Miss Wheelchair World and she has learned a lot from the other contestants but she doesn’t think that wheelchair modelling will catch on anytime soon in Africa.