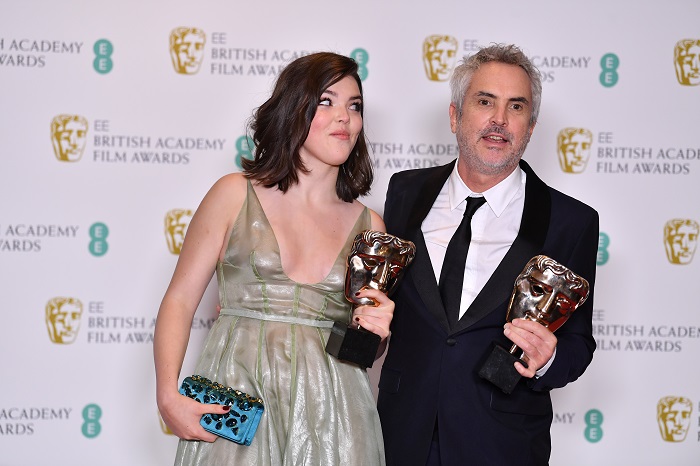 "I'm seriously touched this film has been received the way it's been received," Cuaron said at a star-studded ceremony on Sunday in London's Royal Albert Hall, also attended by Prince William and his wife Kate.

READ: Oscars to take place without a host

Cuaron thanked Netflix for "having the courage" to get behind his film as he picked up the gong, adding that its success "in an age where fear and anger are proposed to divide us means the world to me".

Netflix UK tweeted its congratulations, saying it was a "deeply moving film and deserves all the love it's getting".

It dented expectations of a clean sweep by "The Favourite" which picked up best actress for Olivia Colman as Queen Anne and best supporting actress for Rachel Weisz playing her confidante and lover.

The film, about a cantankerous 18th-century British queen and her scheming court, had been nominated for 12 awards and picked up seven in what Colman described as an "amazing night" for the cast.

"This is for all three of us. It's got my name on it but we can scratch on some other ones," she said on stage, also referring to co-star Emma Stone who was nominated in the same category as Weisz.

Colman, 45, was up against Glenn Close ("The Wife") and Lady Gaga ("A Star is Born") -- the same power duo she will face at the Oscars on February 24, with Close so far the clear frontrunner.

"She doesn't take herself too seriously and she enjoys what she's doing," Greek director Yorgos Lanthimos said of Colman.

Weisz and Stone are also in the running for Oscars in a proud year for the British film industry.