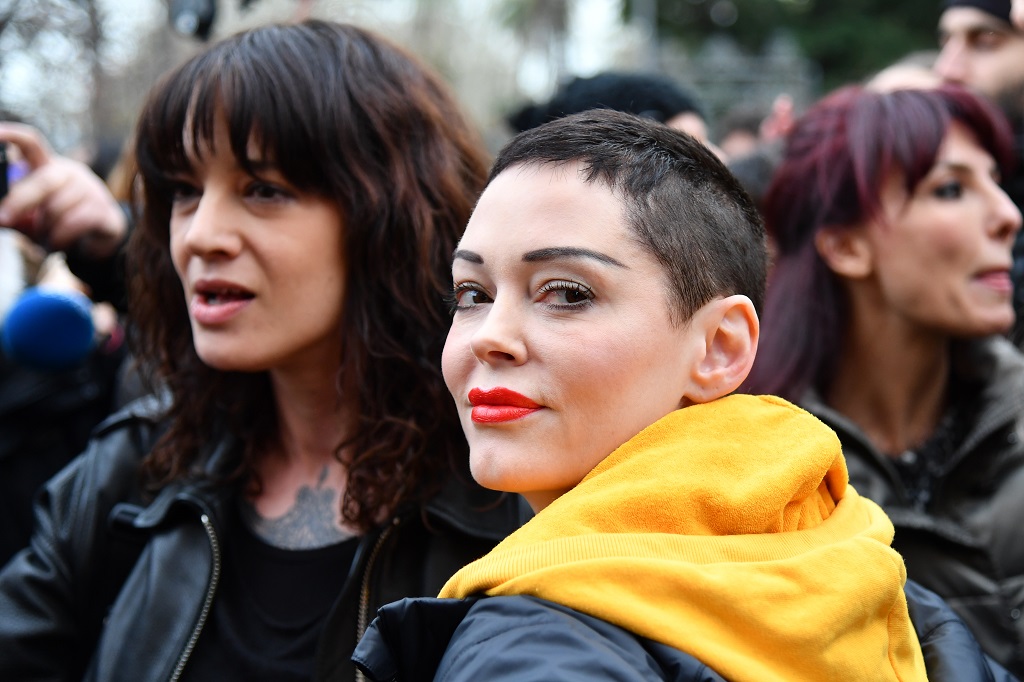 Italian actress Asia Argento (L) and US singer and actress Rose McGowan, who both accuse Harvey Weinstein of sexual assault, take part in a march organised by 'Non Una Di Meno' (Me too) movement on 8 March 2018

LOS ANGELES - American actress, Rose McGowan, one of the first women to speak out with allegations of sexual misconduct against Hollywood executive, Harvey Weinstein, sent the former movie mogul a video message on Tuesday.

A message to Harvey Weinstein on his birthday RoseArmy pic.twitter.com/YP61rONbjg

A wave of accusations of abusive behaviour from the producer was revealed last year inspiring a worldwide movement calling for an end to sexual harassment and assault.

More than 100 women have publicly accused Weinstein since October, allegations that sparked a sexual harassment watershed and ended his career.