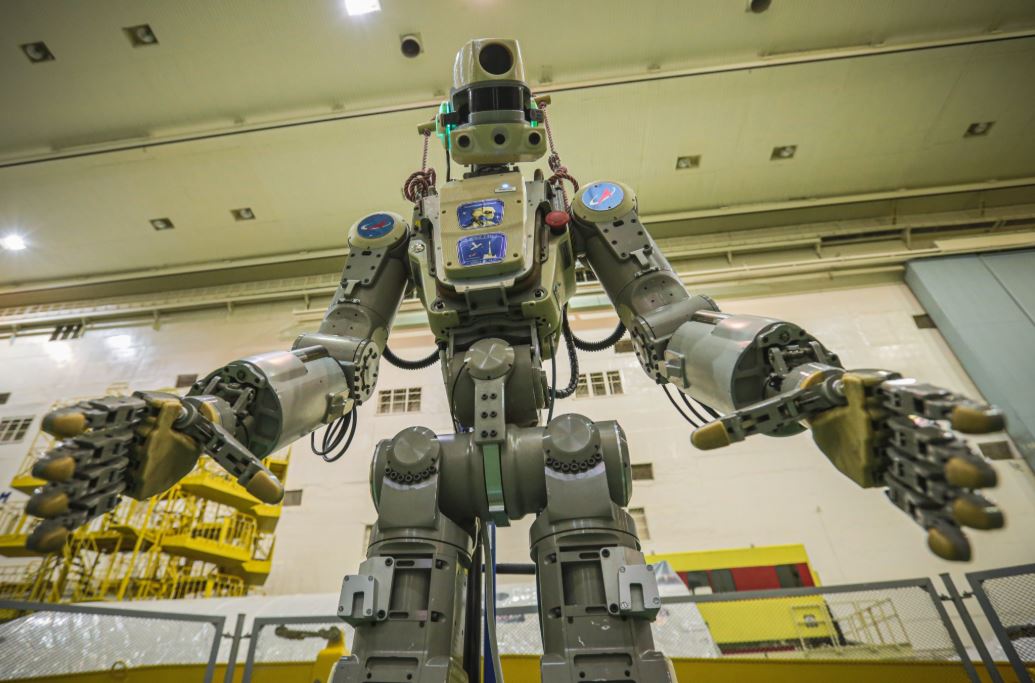 Known as FEDOR, the Skybot F-850 is the first humanoid robot to be sent to space by Russia.

MOSCOW - It's mission over for a robot called Fedor that Russia blasted to the International Space Station, the developers said on Wednesday, admitting he could not replace astronauts on space walks.

"He won't fly there any more. There's nothing more for him to do there, he's completed his mission," Yevgeny Dudorov, executive director of robot developers Androidnaya Tekhnika, told RIA Novosti state news agency.

In the last year the industry has suffered the unprecedented failure of a manned launch and continuing delays on construction of the Vostochny spacepad where President Vladimir Putin upbraided officials last week.

On the station, the robot posed holding a Russian flag and for hugs with cosmonauts who were assigned to train it.

But Fedor turned out to have a design that does not work well in space - standing 180 centimetres (six feet) tall, its long legs were not needed on space walks, Dudorov said.

The Russian space agency said the legs were immobilised during the trip and Fedor was not programmed to grab space station hand rails to move about in microgravity.

Space agency chief Dmitry Rogozin said that the next-generation robot would not look so humanlike.

There appear to be other issues.

Footage of the robot ahead of the mission suggested it needed support to stand up.

Cosmonaut Alexei Ovchinin complained to mission control that it took more than a dozen attempts to switch on the robot and suggested: "Maybe I should bash it with a hammer," RIA Novosti reported.

In a video on its Twitter feed, the robot is shown shakily holding a drill monitored by Ovchinin, who at one point takes it away.

Dudorov said developers were sketching out plans for a replacement "that must suit the demands of working on the outside of the ship", hoping "we will be the first" to send a robot on a spacewalk.

The robot touched down back on Earth at the weekend.

A final tweet posted in an account in the robot's name on Tuesday said that it was at the developers' plant outside Moscow.

"Now I'm in my case. I await directions for further tests after the flight," it said.

Fedor was originally intended as a rescue robot for the emergencies ministry. It was shown shooting at targets from two handguns in a video posted by space agency chief Rogozin.

It was not the first robot to go into space. In 2011, NASA sent up Robonaut 2, a humanoid developed with General Motors that had a similar aim of working in high-risk environments.

It was returned to Earth in 2018 after experiencing technical problems.

In 2013, Japan sent up a small robot called Kirobo along with the ISS's first Japanese space commander. Developed with Toyota, it was able to hold conversations -- albeit only in Japanese.