SA women to be honoured for halting government's nuclear deal 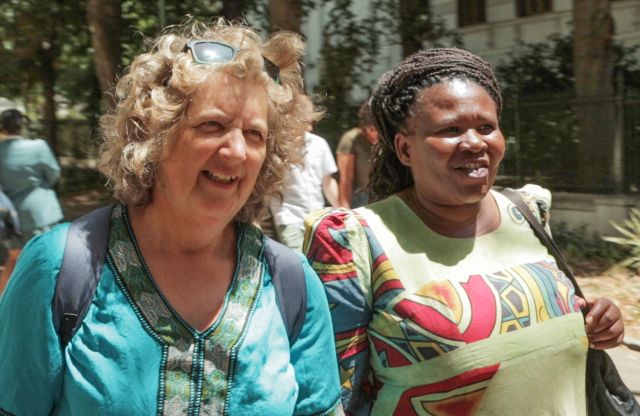 Liziwe McDaid and Makoma Lekalakala will be awarded with the Goldman Environmental Prize in San Francisco in the United States on Monday evening.

CAPE TOWN - Two South African women have been awarded a prestigious international environmental award for their work in winning a crucial court case against plans by the government to proceed with a nuclear build programme.

Earthlife Africa-Johannesburg’s (ELA-JHB) Makoma Lekalakala and Liziwe McDaid from the Southern African Faith Communities’ Environment Institute (SAFCEI) were due to receive the Goldman Environmental Prize in San Francisco in the US later on Monday.

This comes after ELA and SAFCEI approached the Western Cape High Court in October 2015, challenging government’s decision to buy up to 9,600MW of nuclear energy.

Makoma Lekalakala (ELA-JHB) and Liziwe McDaid (SAFCEI) will be awarded the prestigious Goldman Environmental Prize in San Francisco, USA. They will join the winners from five other continents and be honoured for their efforts to mobilise South Africans against the nuclear deal. pic.twitter.com/FqqZSfEC4w