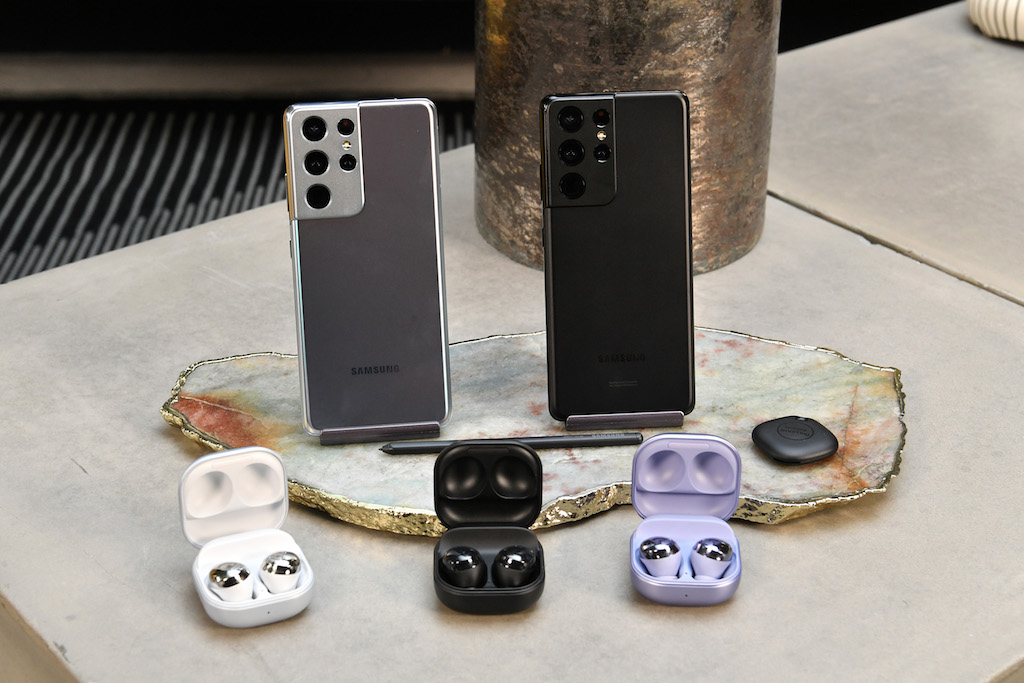 SAN FRANSISC0 - Samsung on Thursday unveiled a new Galaxy S21 smartphone lineup, with prices lowered by some $200 from the prior generation of the South Korean giant's flagship handsets.

Unveiled in a streamed presentation, the S21 device with a 6.2-inch display is available for order at an entry price of $800 for US customers.

The global smartphone leader also unveiled the 6.7 inch S21 Plus and premium S21 Ultra handsets, with a 6.8-inch display. All the devices support the ultrafast 5G wireless networks being rolled out globally.

"We are living in a mobile-first world, and with so many of us working remotely and spending more time at home, we wanted to deliver a smartphone experience that meets the rigorous multimedia demands of our continuously changing routines," said TM Roh, head of mobile communications for Samsung Electronics.

The move follows Apple's decision to largely hold the line on prices for its iPhone while offering a range of handsets at various price points.

Samsung's new lineup will range up to a $1,200 starting price for its Ultra S21, the most feature-rich device in the group.

"The premium smartphone market is resetting itself," said Bob O'Donnell of Technalysis Research,

"We're seeing a return to more moderate pricing. Companies can only go so far and they are retreating to the prices they had several years ago."

Samsung touted its improved processors and camera technology and new design for the Android-powered smartphones.

"Samsung somehow found a way to make the slab-with-camera-cutout design more visually interesting than in the past," said Avi Greengart, an analyst with the research firm Techsponential.

The new handsets also offer edge-to-edge display to allow for a lighter device and automatic adjustments for blue light to reduce eye strain.

Greengart said the new smartphones "look better in real life than in photos" and that "distinctive design should not be underestimated as an indicator to consumers that the phone is different and new."

Samsung has been at or near the top of the smartphone market in recent years and sold an estimated 80 million handsets in the third quarter, ahead of Chinese firms Huawei and Xiaomi and US-based Apple.

The smartphone market has been roiled by the global coronavirus pandemic, with the economy in turmoil but with consumers more reliant on their devices.

Samsung's release, on the final day of the digital-only Consumer Electronics Show, comes earlier than usual, according to Greengart and "undercuts Samsung's main competitor, Apple's iPhone 12, on price as well."

"For those who are not price sensitive, Samsung is not forgetting early adopters who are willing to pay above $1,000 for the biggest and best," the analyst added.

"Anyone coming from a phone from two or three years ago will find the camera, display, and battery improvements significant enough to be worth the upgrade."

The S21 Ultra will offer an optional pen to allow the device to be used as a tablet, as with the Samsung Note handsets.

Roh said the new earbuds, which allow for noise cancelling and amplifying of various sounds, would offer "a one-of-a-kind audio experience that makes even everyday tasks truly epic."