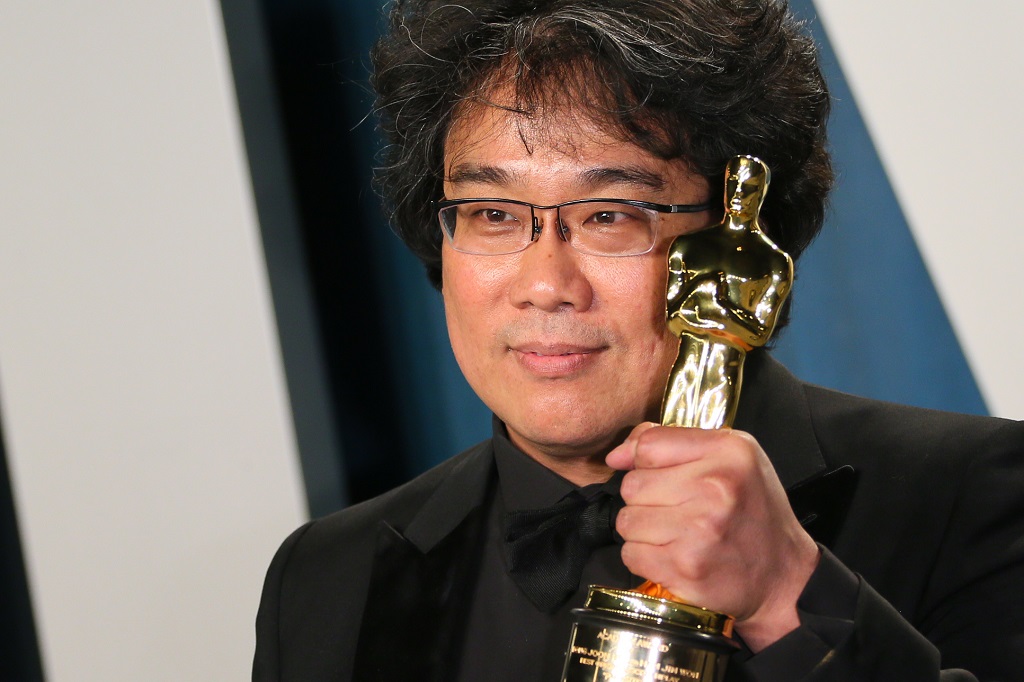 "Parasite" director Bong Joon-ho poses with the Oscar for Best Screenplay for "Parasite" as he attends the 2020 Vanity Fair Oscar Party following the 92nd Oscars at The Wallis Annenberg Center for the Performing Arts in Beverly Hills on February 9, 2020.

SEOUL - Hollywood veteran Martin Scorsese told the South Korean director of "Parasite", this year's winner of the Oscar for best picture, that he is waiting to see his next film, Bong Joon-ho said on Wednesday.

The comment figured in a letter from the acclaimed director to Bong, who had paid homage to Scorsese in a speech accepting an Oscar for his work on the first non-English language movie to win the coveted award, as well as three more.

"He told me to take rest, but just a little bit of it and get back to work, as he is awaiting my next movie," Bong said, describing the contents of the letter.

"I read the letter this morning and it was an honour," Bong told a news conference with the film's cast and crew in Seoul, the South Korean capital.

While accepting the best director award at the Oscars, Bong turned his speech into a tribute to Scorsese, who had been nominated for mob drama "The Irishman", invoking the latter's statement, "The most personal is the most creative."

Bong has said he was working on two projects, one of which he described as being based on a "fearful" incident in Seoul, and is also producer for an HBO limited series on "Parasite", a dark satire whose accolades sparked celebrations in South Korea.