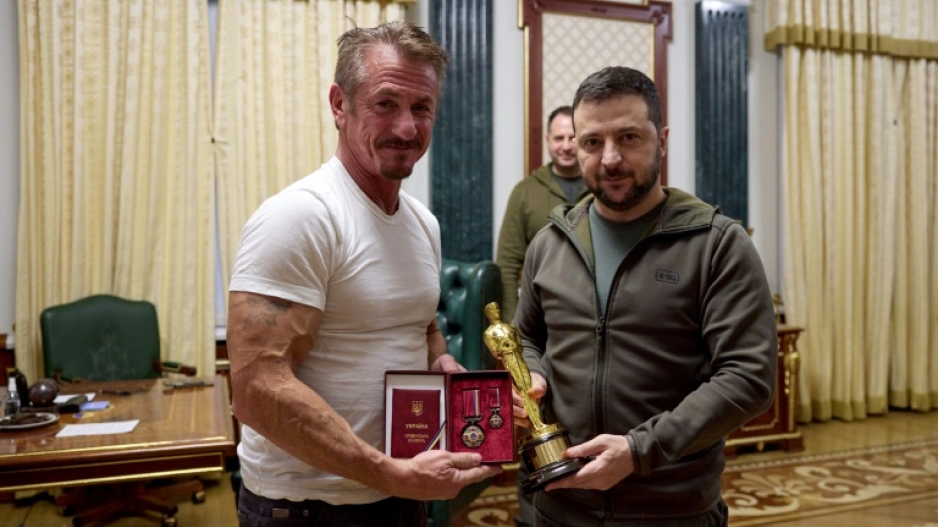 The 73rd-annual Berlinale, as the February 16-26 event is known, will shine a spotlight on the war, which will mark the first anniversary of Russia's invasion of Ukraine during the event.

Penn's "Superpower", billed as "the chronicle of a film project that reality forced to change into something less controllable but more meaningful", will be the most prominent among the Ukraine entries at the festival.

Penn was in Kyiv to shoot a documentary in late February 2022 when the Russian invasion began.

The two-time Oscar winner was photographed attending a government news conference in Kyiv, and could be seen meeting with Zelensky in a video posted to the Ukrainian president's Instagram account.

Penn has previously attracted controversy as a result of his forays into current affairs, especially after he and Mexican-American actress Kate del Castillo interviewed the Mexican drug lord Joaquin "El Chapo" Guzman while he was on the run.

In 2018, Penn was reported to be in Turkey making an as-yet-unreleased documentary about the murder of Saudi journalist Jamal Khashoggi at the Saudi Arabian consulate.

"Superpower" will screen in the Berlinale Special section of the festival, out of competition.

Chatrian said the festival, Europe's first major cinema showcase of the year, would spotlight several documentaries and feature films from Ukrainian directors, in addition to works from dissident Iranian filmmakers, in a sign of "solidarity".

The 11-day festival will open with "She Came to Me", a romantic comedy featuring "Game of Thrones" star Peter Dinklage and Oscar winners Marisa Tomei and Anne Hathaway.

US actor Kristen Stewart will lead the festival jury while Hollywood director Steven Spielberg is due to pick up an Honorary Golden Bear prize for lifetime achievement.