Selfie sparks war of words between Iraq and Israel 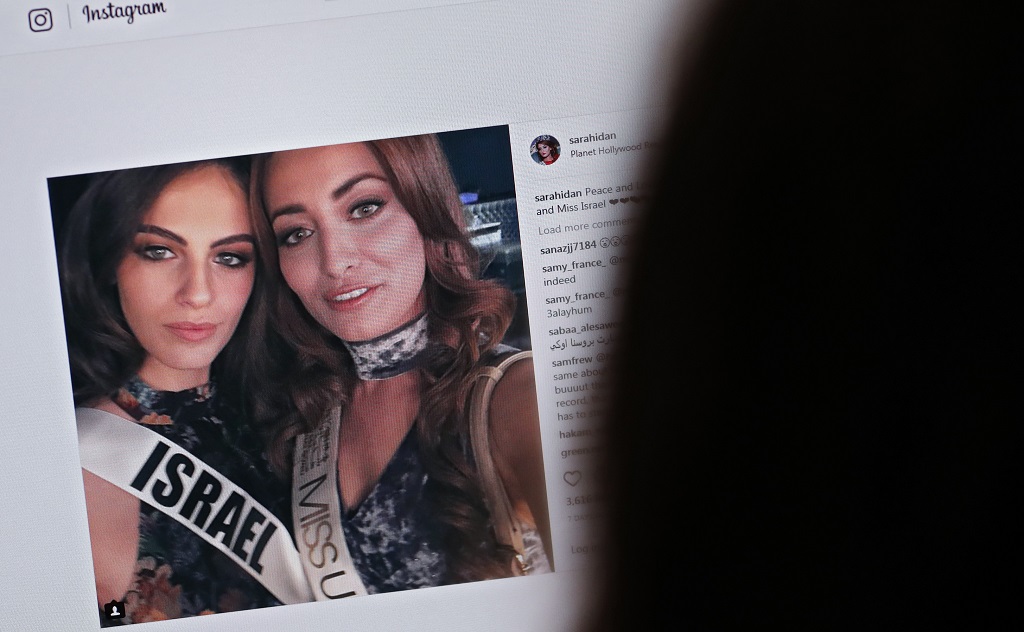 BAGHDAD, Iraq – The selfie caption may read "Peace and Love from Miss Iraq and Miss Israel", but the reaction to them posing together has prompted something closer to "push and shove".

Beauty queens Sarah Idan and Adar Gandelsman were representing their respective countries at the Miss Universe pageant in Las Vegas, but Iraq&39;s Idan probably wasn&39;t betting on the backlash to her Instagram post.

More than 3,600 "likes" greeted their picture, but it also triggered an avalanche of comments, some positive and others negative in a country that does not recognise Israel, with which it is still technically at war.

In a response in Arabic, 27-year-old Idan said Gandelsman told her "she hopes that one day there will be peace between the two religions (Judaism and Islam) and that her children will not have to do military service."

"She asked for a photo and I agreed, saying that I too hoped for peace and wanted to help pass on the message," added Idan, who said she had served with both the US and Iraqi armies.

"This picture doesn&39;t mean I support the Israeli government or its polices towards Arab countries. I apologise to everyone who saw it as an insult to the Palestinian cause -- this was not its purpose."

"Forced to apologize after Muslim outrage" should tell you all you need to know about Muslims. https://t.co/FTpgZlhiij

One online response, from Isra al-Jabri, read: "Your peace with Israel, which has burned the Arab world for its own interests, does not honour us...I respect pacifist Jews who oppose the state of Israel, but we don&39;t want their peace built on the ruins of our country," Jabri added.

However, Samah al-Meshhadani believed that Miss Iraq had "made good use of this story."

"Maybe she will succeed in improving our relations with Israel so we become friends, who knows?"

Idan, a Muslim, was born and raised in Baghdad. Following the US-led invasion in 2003, she worked with the American military from 2008. She later moved to the United States and got a degree in Los Angeles. Gandelsman, 19, also posted a picture with Idan on her own Instagram account.

"This is Miss Iraq and she&39;s amazing," the Israeli wrote.

In 2014, her country&39;s Miss Universe contestant provoked uproar by posing with her counterpart from Lebanon, another Arab country with which the Jewish state is still technically at war.