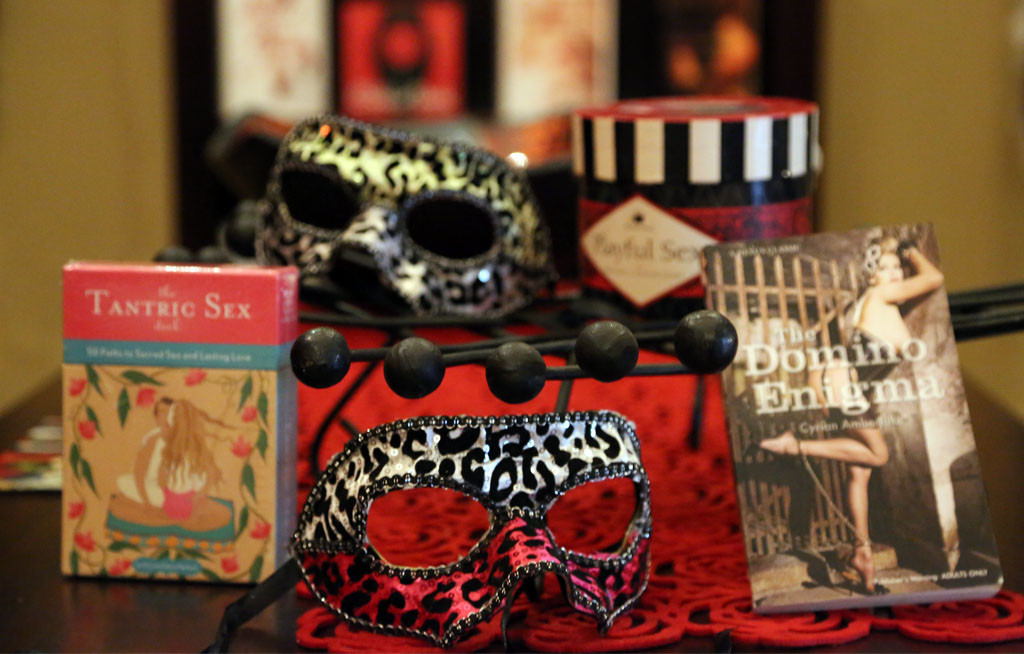 Gifts for lovers on display at The Bedroom, Parkhurst, which stocks lingerie, adult toys and accessories. Owner

"These findings challenge the widely held assumption that sex brings uniform health benefits to everyone," said Hui Liu, an associate professor of sociology at Michigan State University and lead author of the large-scale study.

The researchers analysed national survey data from 2,204 people aged 47-85 for the federally funded project, publishing the results in the "Journal of Health and Social Behaviour."

Female participants who "found sex to be extremely pleasurable or satisfying" were less likely to develop hypertension than those who found less gratification in sex, researchers said.

On the flip side, men who had sex once or more a week were at a higher risk of cardiovascular problems.

Liu said as aging men become "frail and suffer more sexual problems," the strain and pressure of sex and relationships might be to blame for the heightened heart health risks.

"Because older men have more difficulties reaching orgasm for medical or emotional reasons than do their younger counterparts, they may exert themselves to a greater degree of exhaustion and create more stress on their cardiovascular system in order to achieve climax," she said.

Liu also noted that testosterone levels and the use of medications to improve libido might negatively affect male cardiovascular health.

The first wave of survey data was collected between 2005 and 2006, and five years later researchers gathered a second round.