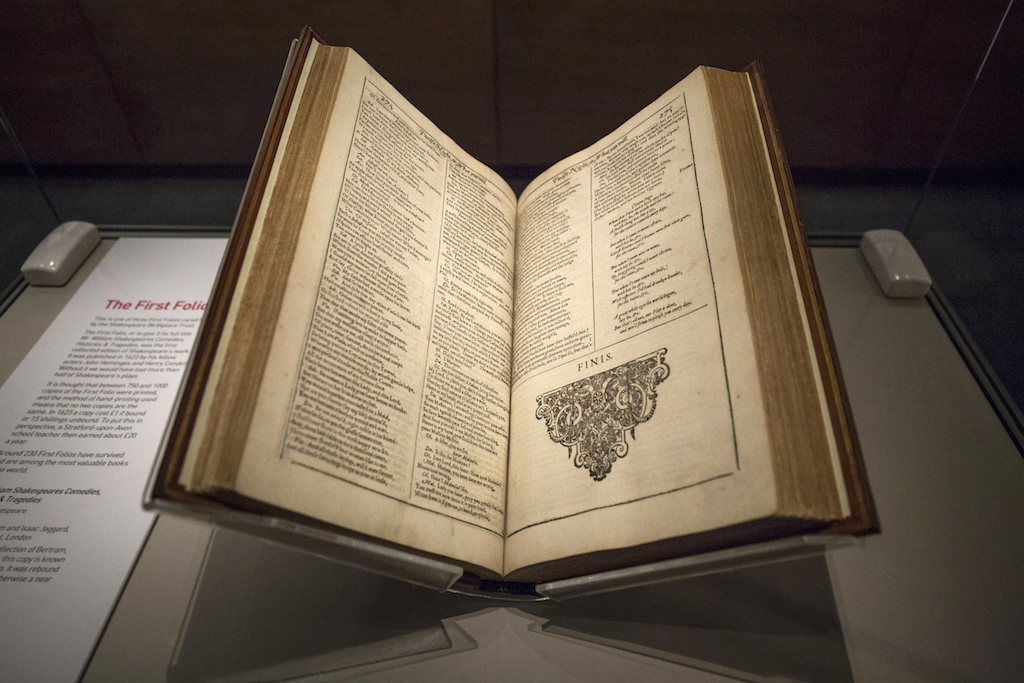 A copy of 'Mr William Shakespeares Comedies, Histories, & Tragedies' commonly know as the the 'First Folio' from 1623 is displayed at The Shakespeare Centre in Stratford-upon-Avon. AFP/Jack Taylor

NEW YORK - A copy of the first collection of plays by William Shakespeare was sold for $9.97-million at auction in New York, setting a new record for a work of literature.

The price paid for the work, widely known as the First Folio exceeded by far the estimated range of $4-million to $6-million set by Christie's, which held the auction.

The collection, printed in 1623 and containing 36 plays by the English master, is frequently described as the greatest literary work in the English language.

It was published after the death of the Bard, who lived from 1564 until 1616 and was compiled by two of his friends, John Heminge and Henry Condell.

It contains major works which would probably have been lost were it not the collection, including "Macbeth" and "Twelfth Night."

Several books have brought in higher prices, such as the Codex Leicester of Leonardo De Vinci, which Bill Gates bought for $30.8-million in 1994.

But none is a literary work of fiction.