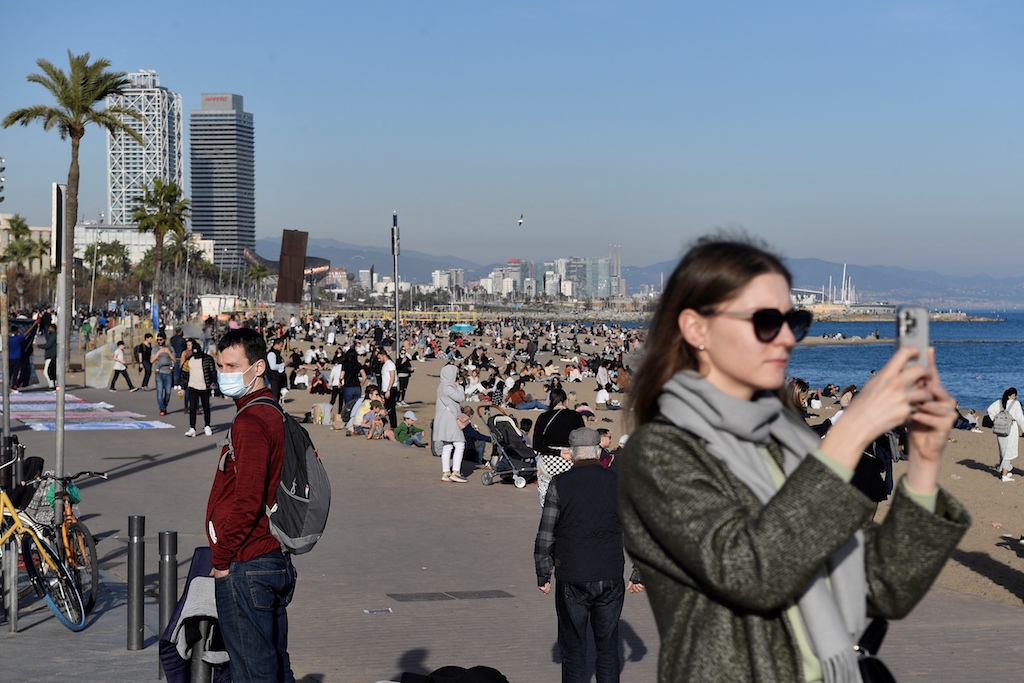 People enjoy a day out on Barceloneta Beach in Barcelona. AFP/Pau Barrena

But they are predicting a stronger recovery this year once the Omicron wave passes.

Although tourism improved following the catastrophic levels of 2020 when the pandemic first hit, the recovery was "partial" and "full of ups and downs", Exceltur vice-president Jose Luis Zoreda told a news conference.

Health restrictions early on in 2021 meant tourism activity remained "paralysed" until May, and following a rebound over the summer it tailed off again at the end of November with the rapid spread of the Omicron variant.

International tourism was worst hit, with only 31 million people visiting Spain, according to Exceltur, a figure far from the government's aim of attracting 45 million visitors -- or around half of the arrivals seen in 2019.

Before the pandemic, Spain was the world's second most popular tourist destination after France, but it has suffered particularly from the drop in British travellers who had previously been the largest national group of visitors.

"Those who suffered the most were travel agencies, airlines and urban hotels" in places like Barcelona and Madrid, said Zoreda.

But Exceltur said it saw the situation improving this year with the passing of the Omicron wave that has slowed the sector's recovery.

Oscar Perelli, head of research for Exceltur said the industry would likely experience "a very complex first quarter" with sales a third lower than 2019 levels, but was expecting to see "a marked upturn from April onwards".