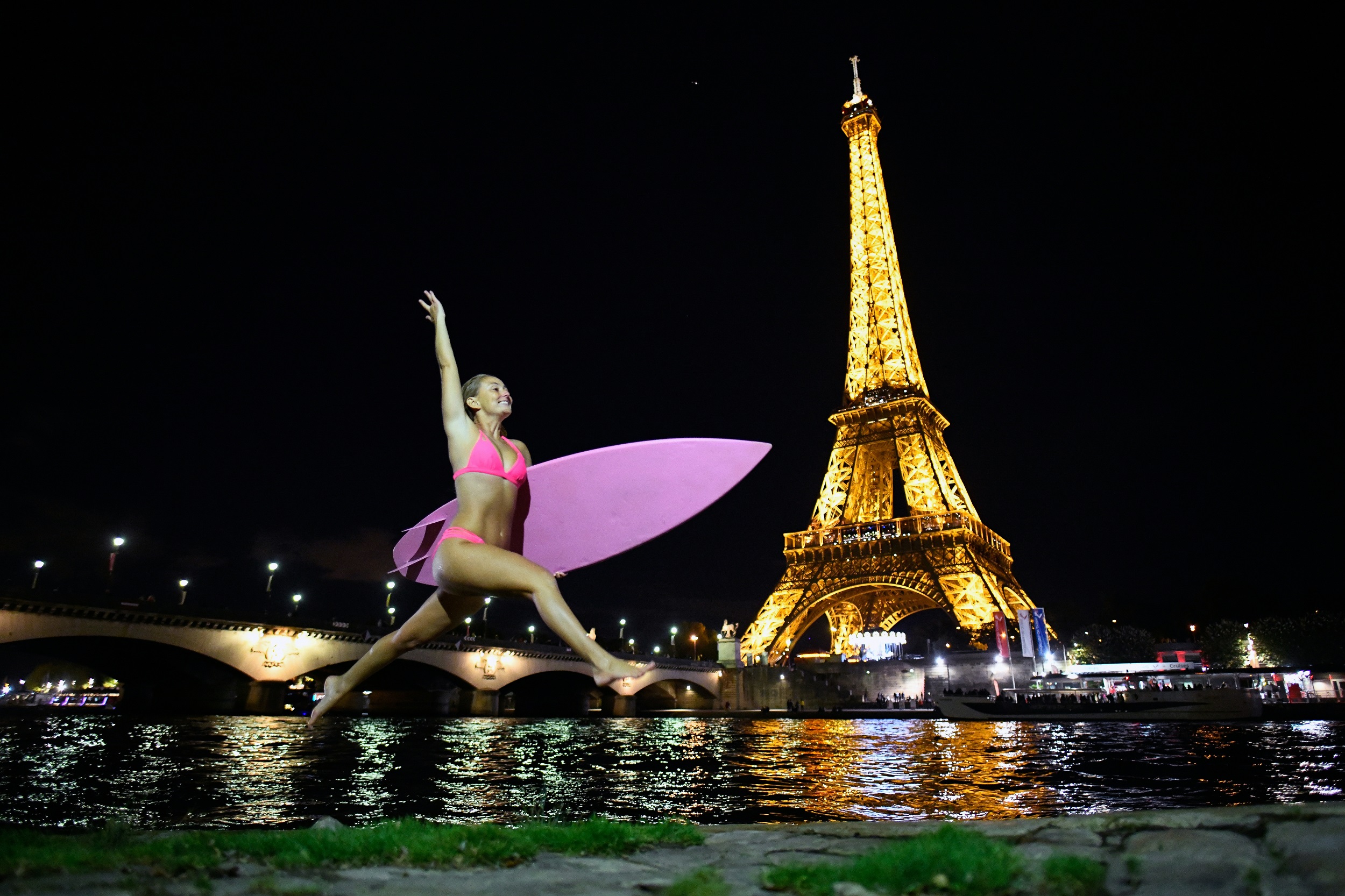 US surfer and adventurer Alison Teal jumps with her surfboard next to the Seine River in front of the Eiffel Tower in Paris.

LONDON - It's a scene that seems almost surreal today -- adventure filmmaker Alison Teal paddle surfing along the River Thames in bubblegum-pink swimwear, fishing out plastic rubbish from the murky waters.

The photos were taken just last month before anyone could have imagined that within weeks, half of humanity would find itself confined at home to stem the spread of the new coronavirus.

But their message remains valid: protect our planet.

Dubbed the "Female Indiana Jones" by Time magazine, Teal has for years travelled the globe raising awareness about the environment and battling plastic pollution.

With a wide social media following, her aim is to "educate through entertainment" with spontaneous events in dramatic -- if unlikely -- spots, always in her signature pink, like her eco-friendly surfboard made from recycled coffee cups.

She wants to convey the warning that the world's oceans are in trouble and hopes to inspire youngsters to act.

A series of photos featuring Teal are set to be published on Wednesday to mark Earth Day.

"Hopefully this is the time in history to recognise how interconnected we all are globally to improve our health for both humans and the planet," she told AFP from confinement at her home in Hawaii.

"It's severely tragic the impact that the virus is having on people's lives," she said.

But she added that she also saw "a ray of hope" with the impact the confinement was having on the environment.

"It makes me hopeful that we have the capability to work on improving our planet's waterways and air quality," she said in emailed comments.

Having surfed along the River Seine in Paris past the Eiffel Tower in 2018, Teal came to the British capital in early March to stage a series of shots.

The photos also show her night surfing and posing at London landmarks such as Buckingham Palace or following in the Beatles' footsteps on Abbey Road.

GLOBAL FRIENDS: Send me photos or video of good environmental change you are seeing! Or before and after! I want to make a series to show hope around the world of how quickly we can make a cleaner earth! Let’s share beauty and positivity! I’ll tag you:) DM me the photo and your location or email me [email protected]