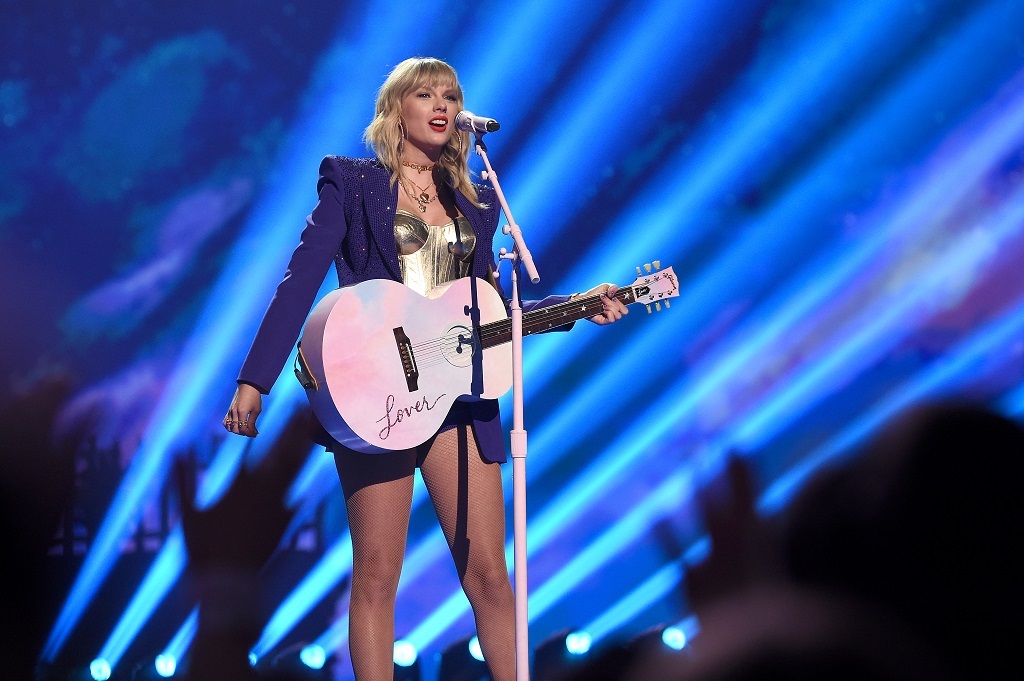 LOS ANGELES - Taylor Swift picked up two awards, including video of the year, in a girl-powered start to the MTV Video Music Awards show on Monday, while rapper Cardi B won best hip-hop video and newcomer Lizzo celebrated big women.

Swift opened the show with a rainbow-themed performance of her pro-LGBTQ single You Need to Calm Down, followed by her first live performance of the romantic ballad Lover, the lead single from her new, and already best-selling, album of the same name.

You Need to Calm Down brought the country-turned-pop singer one of the top prizes - video of the year - being handed out during Monday's ceremony. It also took the "video for good" statuette for songs that have raised awareness.

Accepting the video of the year award, Swift said that since the VMAs are chosen by fans: "It means that you want a world where we are all treated equally under the law."Swift and pop singer Ariana Grande went into the fan-voted ceremony in Newark, New Jersey, with a leading 10 nominations each and also were competing for song of the year, best pop, and video of the year.

Grande, currently on tour in Europe and absent from Monday's show, is also a contender for the top award - artist of the year - along with Cardi B, 17-year-old alternative pop newcomer Billie Eilish, Halsey, the Jonas Brothers and Shawn Mendes.

Cardi B beat out a male-dominated lineup to win best hip-hop video for Money, and ended a delighted acceptance speech saying: "Thank you, Jesus."

The outspoken rapper was also on hand to present Missy Elliott with this year's Vanguard Award for career achievement, calling her "a champion for women who want to be doing their own thing."

Best new artist contender Lizzo, enjoying a breakout year, performed her hits Truth Hurts and Good as Hell in a yellow sequined bodysuit, accompanied by plus-size dancers, in a message for body positivity.

Mendes and Camila Cabello stoked reports they are dating in real life with a steamy live version of their romantic duet "Senorita," which reached No. 1 this week on the Billboard singles charts.