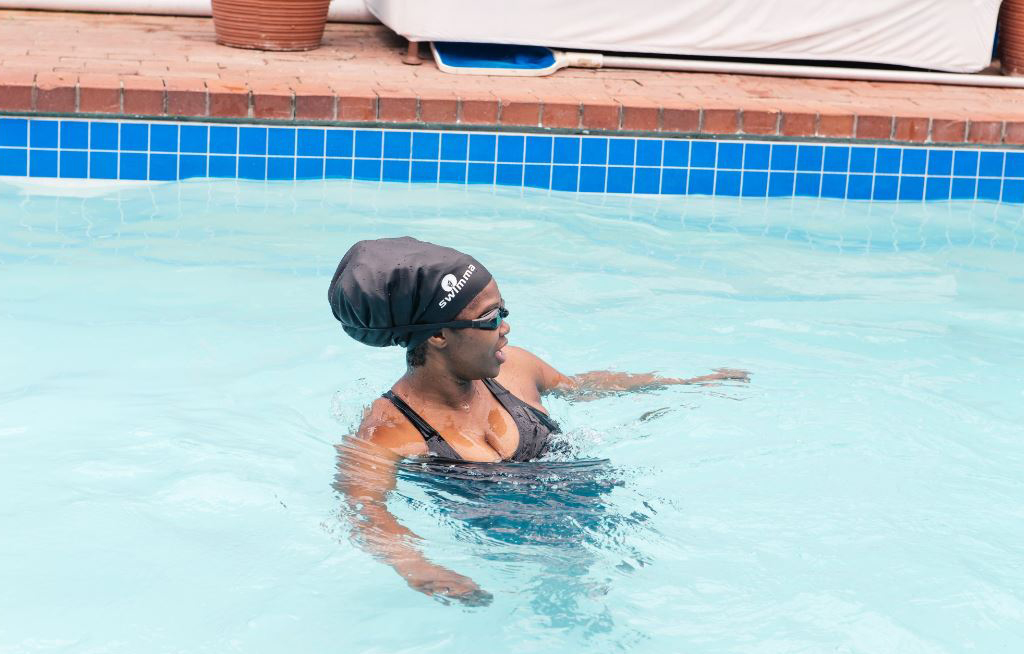 Cape Town, 30 September 2016 - Borne out of frustration, Cape Town mother Numvuyo Treffers (pictured) has created a swimming cap to accommodate the type of hair that normally cannot be contained within an ordinary cap.

CAPE TOWN - Daily struggles with an ill-fitting swimming cap has led a Cape Town mother to think out of the box.

The saying 'necessity is the mother of invention' proved true, as her unique creation - borne out of frustration - shows.

She previously opted not to swim because of her hair.

Those swimma caps guys ----. Gotta get me one . Always struggled with swimming coz of my hair. Now I can swim worry free --

Different sizes and colours are being developed, and Treffers says sales are going swimmingly.

* For more on this story, watch the full video report by Pheladi Sethusa in the gallery above.