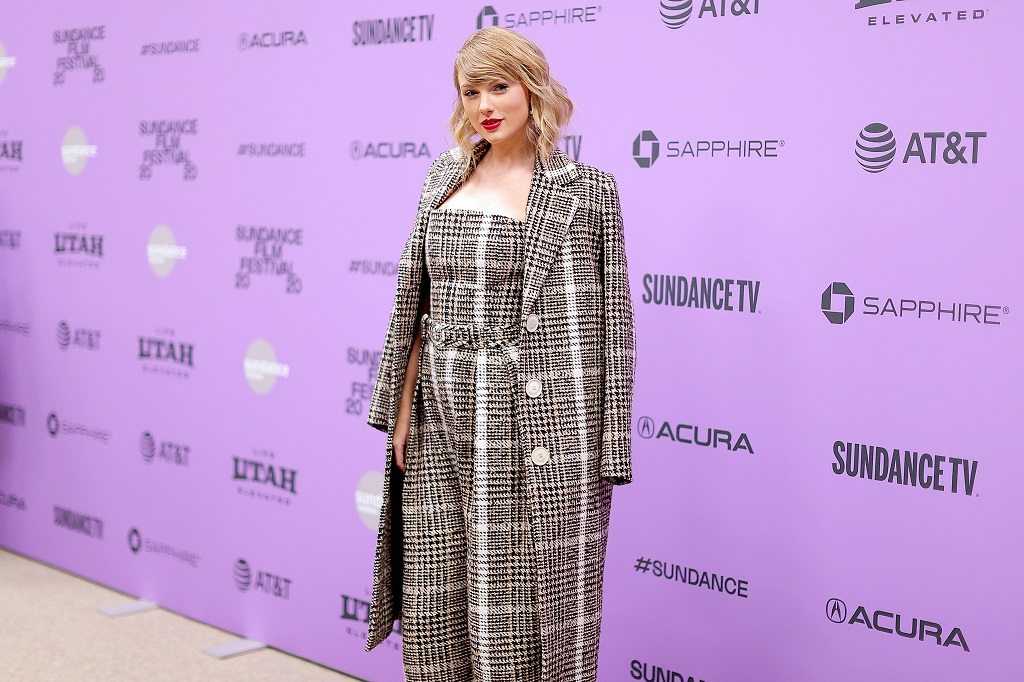 PARK CITY - Pop superstar Taylor Swift kicked off the Sundance Film Festival on Thursday with the premiere of the Netflix documentary Miss Americana which charts her rise to fame.

The film, directed by Lana Wilson, traces the career of the 30-year-old singer from her beginnings in country music to international stardom.

Braving the Utah cold, hundreds of fans stood in line for hours hoping to catch a glimpse of their idol.

Swift, wearing a plaid jumpsuit and matching trench coat, signed autographs and shook hands with fans before heading to the screening at the Eccles Theater.

"I try to follow her as much as I can. She's the one. There's no one like her," said Hailey, 19, who traveled from Phoenix, Arizona, with three friends for the occasion.

Among the other screenings at the festival was the Netflix documentary Crip Camp which was produced by Barack and Michelle Obama.

The film tells the story of a summer camp for children with disabilities in the 1970s which laid the foundations for the disability rights movement.

The former first couple did not make it to Park City but festival founder Robert Redford went on stage to show his "great love" for festival director John Cooper, who leaves Sundance after 11 years at the helm.

A pioneer in the representation of women and minorities, the festival said 46 percent of the 65 directors in competition were women, 38 percent were people of color and 12 percent were from the LGBT community.

Miss Americana debuts on Netflix on January 31 while Crip Camp streams in March.