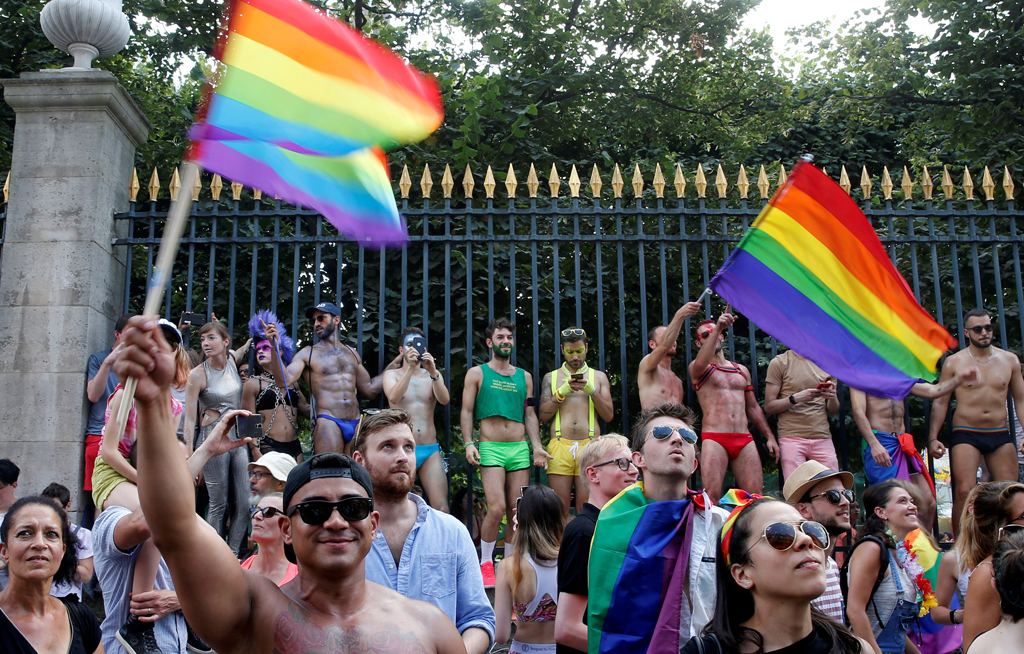 PARIS - Tens of thousands of mainly young people flooded the streets of central Paris for the annual Gay Pride parade on Saturday, with plenty of exuberance but also calls to "carry on the struggle" against discrimination.

The marchers wound their way through the French capital under the traditional rainbow colours of the LGBT community.

Among the slogans waved on placards were "You don&39;t have a monopoly on families", "Close down the Vatican" and "Neither the world nor women are here to be conquered".

David, a 20-year-old who came from Toulouse in southwest France to join the march, said: "We are here to have fun, but we mustn&39;t forget the reason behind (the march) -- to continue to fight for our rights".

He deplored the "casual homophobia" of insults hurled in the streets.

A rainbow flag left at the French parliament ahead of the march was torn down late Friday, an act claimed by someone who called themselves a "far-right and anti-LGBT militant".

A French opinion poll this week showed that more than half of those who define themselves as gay, bisexual or transgender have been victims of a homophobic attack, including all levels from insults to rape.

The theme of Saturday&39;s event was homophobia in sport.