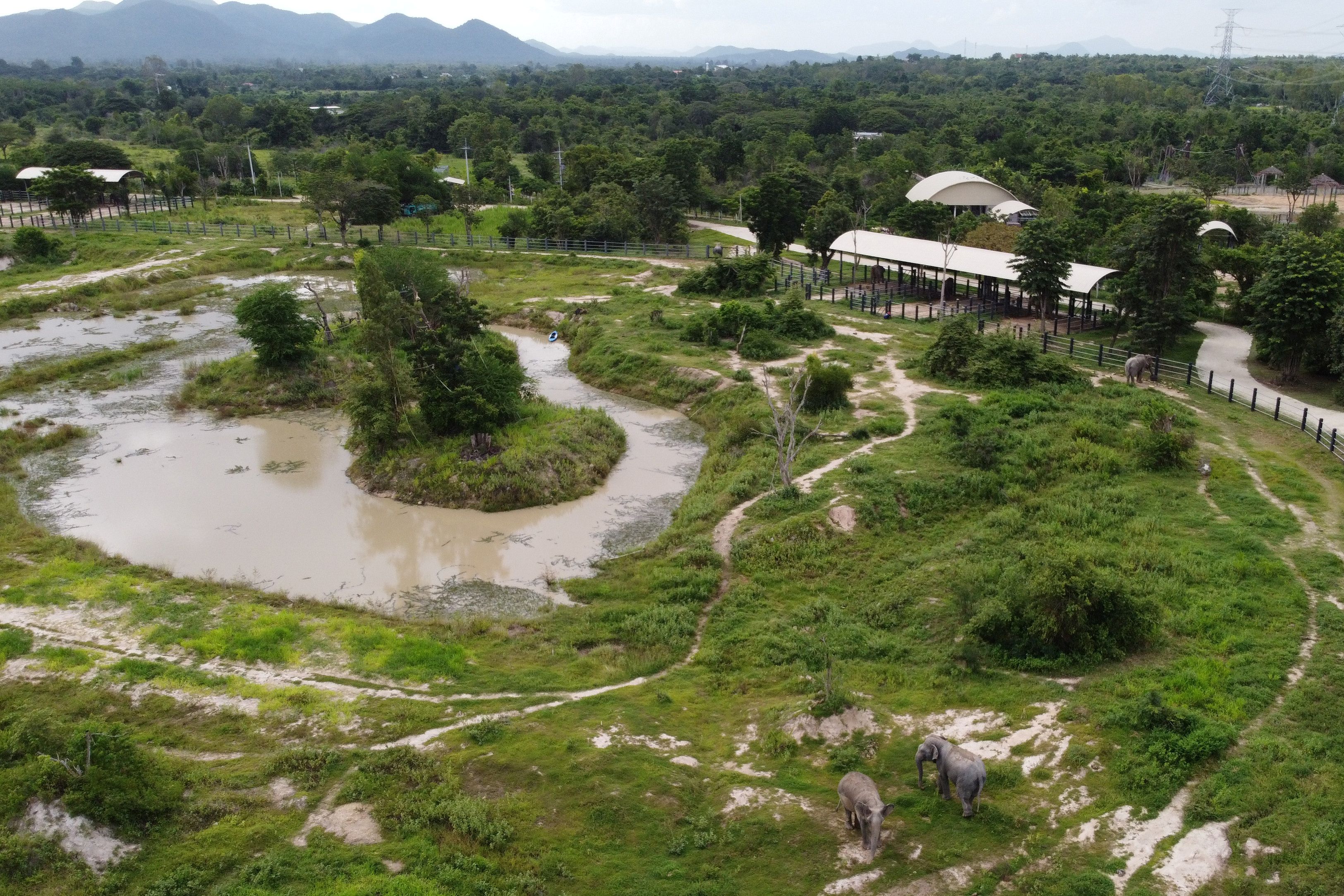 A view of Wildlife Friends Foundation Thailand (WFFT) sanctuary affected by a lack of income from the absence of visitors due to the COVID-19 pandemic in Phetchaburi Province, Thailand, August 18, 2020.

PETCHABURI - As the pandemic batters Thailand's tourist-reliant economy, animal attractions from petting zoos to elephant camps and tiger farms are feeling the pain and may even have to give animals away, warned the founder of an animal refuge.

The Wildlife Friends Foundation Thailand aims to rescue animals that are dumped or exploited in Thailand, but the organisation is suffering amid coronavirus restrictions.

"For the last six months we have got zero visitors and lost about 75 percent of our income," said Edwin Wiek, founder of the sanctuary, about 170 km southwest of Bangkok on land donated by a nearby temple.

Wiek recently spent fours days and nights in a cage that was once home to chimpanzees to raise $25,000 (R419,495) to help feed animals and assist those awaiting the foundation's care.

"A much bigger problem that I see upcoming now is the animal attractions around Thailand... they have zero income and they are starting to think about giving away their animals," Wiek said.

Thailand received a record 39.8 million tourists in 2019, but with borders closed, the country expects only 8 million this year. The economy could post the biggest contraction since 1998.

The sanctuary, which has more than 800 animals and expenses of $40,000 per month, usually relies on volunteers but now has only one.

Rhi Menmuir, 22, has been at the sanctuary for seven months and helps prepare animal food twice a day.

"I have noticed a difference that the food quality has gone down a bit," said Menmuir, who is from Scotland.

Wiek that said that pressure to take in more animals has strained standards of care, and that the sanctuary only had funds to last six to eight weeks.

"Quantity of animals against the quality of care is a dilemma I seriously worry about," Wiek said.