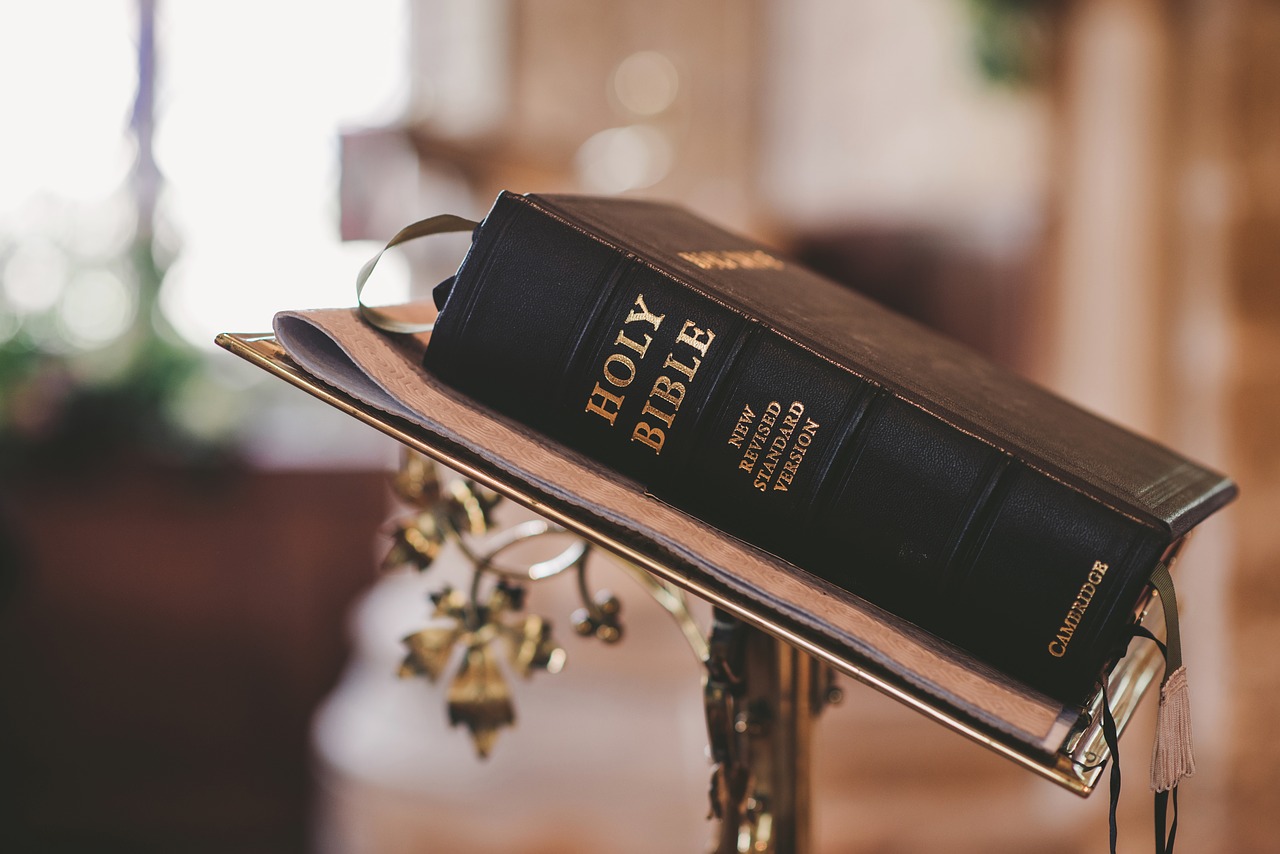 File: Last year, a report by the CRL Rights Commission detailed the exploitation and abuse of people in the name of religion.

GENEVA, Switzerland - Tired of seeing their holy texts used to justify the subjugation of women, a group of feminist theologians from across the Protestant-Catholic divide have joined forces to draft "A Women's Bible".

As the #MeToo movement continues to expose sexual abuse across cultures and industries, some scholars of Christianity are clamouring for a reckoning with biblical interpretations they say have entrenched negative images of women.

The women we know from translations and interpretations of Bible texts are servants, prostitutes or saints, seen dancing for a king or kneeling to kiss Jesus' feet.

But while many feminists have called for The Bible, Christianity and religion altogether to be cast aside, an eclectic group of theologians instead insists that if interpreted properly, the Good Book can be a tool for promoting women's emancipation.

"Feminist values and reading the Bible are not incompatible," insisted Lauriane Savoy, one of two Geneva theology professors behind the push to draft "Une Bible des Femmes" ("A Women's Bible"), which was published in October.

The professor at the Theology Faculty in Geneva, which was established by the father of Calvinism himself in 1559, said the idea for the work came after she and her colleague Elisabeth Parmentier noticed how little most people knew or understood of the biblical texts.

"A lot of people thought they were completely outdated with no relevance to today's values of equality," the 33-year-old told AFP, standing under the towering sculptures of Jean Calvin and other Protestant founders on the University of Geneva campus.

In a bid to counter such notions, Savoy and Parmentier, 57, joined forces with 18 other woman theologians from a range of countries and Christian denominations.

The scholars have created a collection of texts challenging traditional interpretations of Bible scriptures that cast women characters as weak and subordinate to the men around them.

Parmentier points to a passage in the Gospel of Luke, in which Jesus visits two sisters, Martha and Mary.

"It says that Martha ensures the "service", which has been interpreted to mean that she served the food, but the Greek word diakonia can also have other meanings, for instance it could mean she was a deacon," she pointed out.

They are not the first to provide a more women-friendly reading of the scriptures.

Already back in 1898, American suffragette Elizabeth Cady Stanton and a committee of 26 other women drafted "The Woman's Bible", aimed at overturning religious orthodoxy that women should be subservient to men.

The two Geneva theology professors say they were inspired by that work, and had initially planned to simply translate it to French.

But after determining that the 120-year-old text was too outdated, they decided to create a new work that could resonate in the 21st century.

"We wanted to work in an ecumenical way," Parmentier said, stressing that around half the women involved in the project are Catholic and the other half from a number of branches of Protestantism.

In the introduction to the "Women's Bible", the authors said that the chapters were meant to "scrutinise shifts in the Christian tradition, things that have remained concealed, tendentious translations, partial interpretations."

They take to task "the lingering patriarchal readings that have justified numerous restrictions and bans on women," the authors wrote.

Savoy said that Mary Magdalene, "the female character who appears the most in the Gospels", had been given a raw deal in many common interpretations of the texts.

"She stood by Jesus, including as he was dying on the cross, when all of the male disciples were afraid. She was the first one to go to his tomb and to discover his resurrection," she pointed out.

"This is a fundamental character, but she is described as a prostitute, ... and even as Jesus's lover in recent fiction."

The scholars also go to great lengths to place the texts in their historical context.

"We are fighting against a literal reading of the texts," Parmentier said, pointing for instance to letters sent by Saint Paul to nascent Christian communities.

Reading passages from those letters, which could easily be construed as radically anti-feminist, as instructions for how women should be treated today is insane, she said.

"It's like taking a letter someone sends to give advice as being valid for all eternity."

The theologians' texts also approach the Bible through different themes, like the body, seduction, motherhood and subordination.

The authors say they consider their work a useful tool in the age of #MeToo.

"Each chapter addresses existential questions for women, questions they are still asking themselves today," Parmentier said.

"While some say that you have to throw out the Bible to be a feminist, we believe the opposite."