Thousands of baby turtles get first taste of the sea 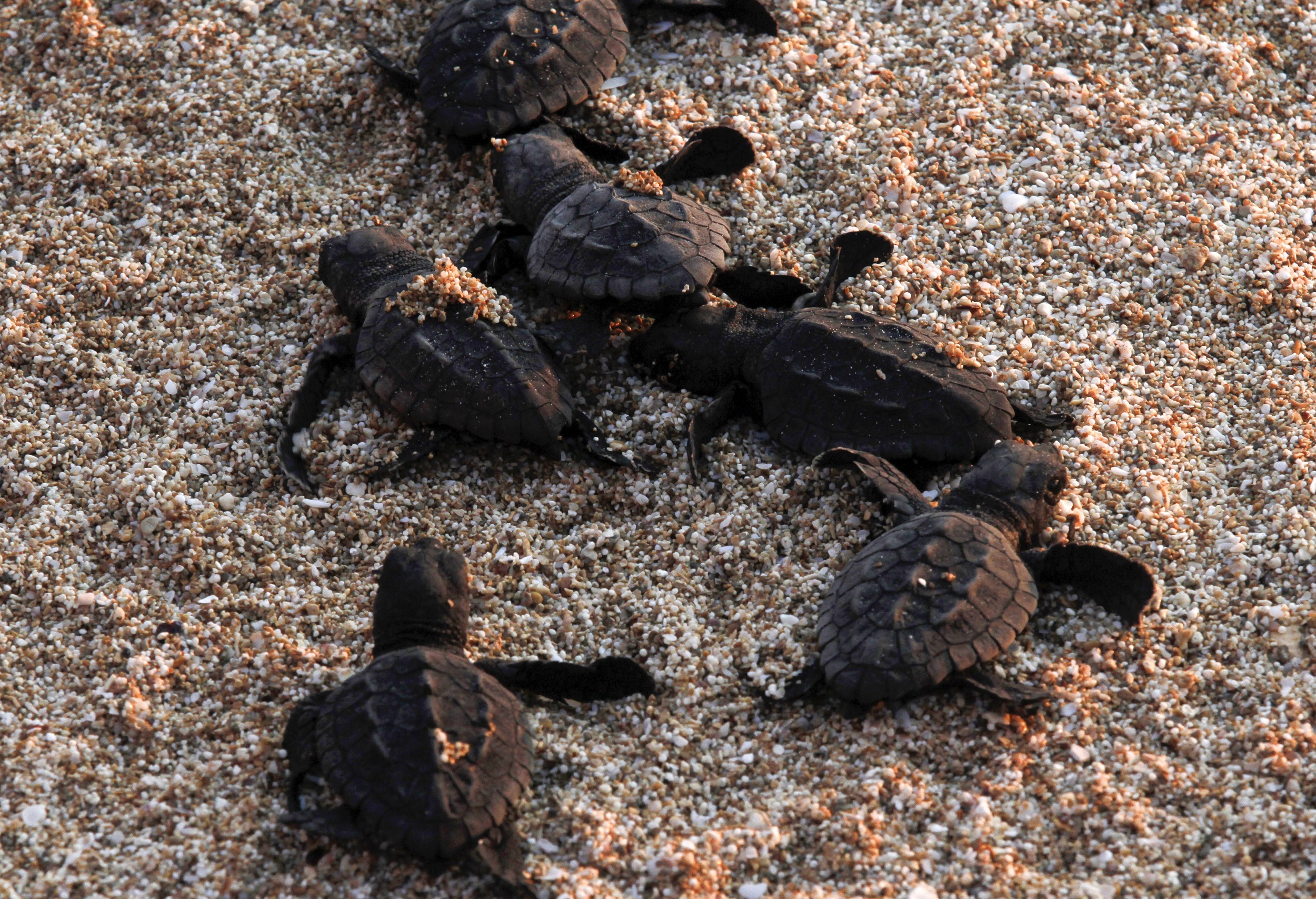 The turtles, just a few inches long, scurried over the black sand and pebbles as the tide splashed over them.

GIANYAR BEACH, Indonesia - More than 10,000 baby turtles were released into the sea off the Indonesian island of Bali on Friday, as part of conservationists' attempts to boost the population of a vulnerable species and promote environmental protection.

Conservation groups carried crates each full of dozens of tiny turtles to the island's Gianyar beach and encouraged local people and volunteers to line up on the sand and release the hatchlings together.

The turtles, just a few inches long, scurried over the black sand and pebbles as the tide splashed over them.

"It's really exciting to see all of these turtles being released into the wild," said American volunteer Jessica Lieberman, adding she hoped they would survive.

The Olive Ridley turtles are among the most abundant sea turtles but are still considered vulnerable because there are few places in which they will nest.

The turtles should typically weigh between 34-50 kg as an adult and grow to 60-70cm long.

READ: Malaysia battles to save turtles​​​​​​​

Sea turtle populations have declined in recent years due to hunting, loss of beach nesting sites, over-harvesting of their eggs and being caught in fishing gear.

Bali authorities released 25 of the larger green turtles into the sea on Wednesday after their rescue last month during a raid on illegal traffickers.