Thousands gather to celebrate the birth of Rome 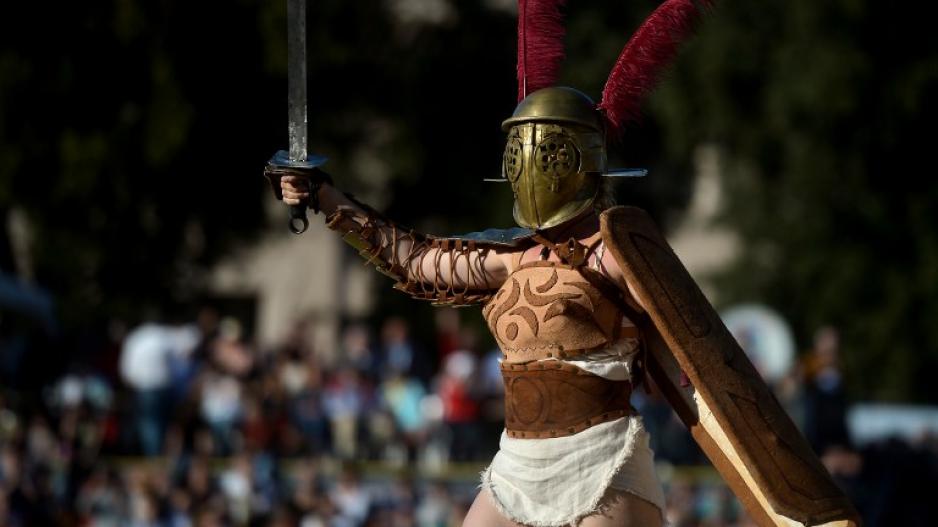 A woman belonging to historical groups dressed as ancient Roman gladiator stands in Rome's Circus Maximus to mark the anniversary of the legendary foundation in 753 BC of the eternal city on April 21.

The event involving some 1,600 actors, which coincided with a sunny Easter Monday this year, is a major draw especially for tourists intrigued by Ancient Rome.

Gladiators did battle and women in period costume danced in the streets along a parade route across central Rome in the event organised by the Roman Historical Group.

Legend has it that the first king of Rome was Romulus, who founded the city on April 21 in 753 BC after a deadly dispute with his twin brother Remus.