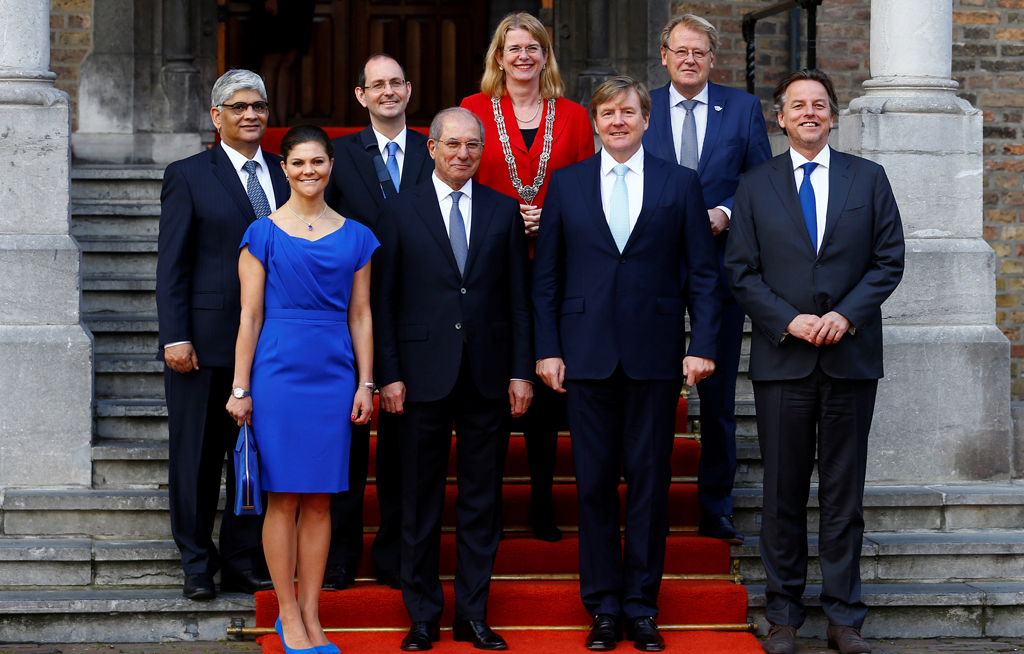 King Willem Alexander of the Netherlands poses for a picture with Crown Princess Victoria of Sweden, Director-General of the OPCW, Ahmet Uzumcu and Bert Koenders, Minister of Foreign Affairs after arriving at the Hall of Knights in the Hague.

THE HAGUE - Hundreds of thousands of Dutch citizens on Thursday celebrated the 50th birthday of King Willem-Alexander with shows, parties and street sales with many sporting quirky outfits and hats in the national colour orange.

The beaming monarch spent the day with his family in the southern city of Tilburg where he was feted by 50 pianists and a colourful dance performance.

Some had stood in place in the streets since dawn hoping to shake hands with the monarch, it said.

The king, wearing a dark suit teamed with an orange tie, was shown on his way to Tilburg on a train accompanied by Argentine-born Queen Maxima and their three daughters in his new Instagram account, launched on his birthday.

Some 70,000 people celebrated the event in the streets of Amsterdam, ANP reported.

The king appeared in a television interview on the eve of his birthday which was watched by more than 4.2 million viewers.

Teary-eyed, he spoke of the pain of losing brother Prince Friso in a skiing accident in 2013 and the anguish it caused their mother, Queen Beatrix.