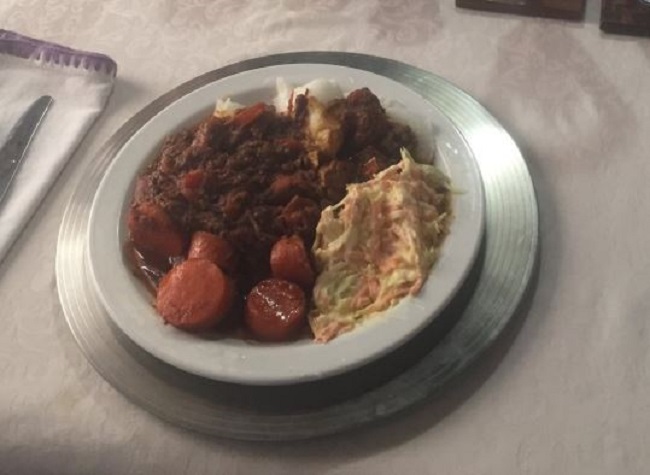 Mboweni posted the final product of his beef stew on social media after taking his followers on a journey of how he prepares the meal.

JOHANNESBURG - Former finance Minister Tito Mboweni received mixed reviews on social media on Tuesday after posting a picture of what he was having for lunch.

In a series of tweets, Mboweni revealed his culinary skills by taking his followers through a tutorial of how he prepares beef stew.

"Beef stew alert!! The bottle on the left contains “Shito” from Ghana. We are starting early today! Come with me...", read the caption.

After a few hours and a few more tweets explaining the process, the minister posted the final product but most South Africans were not too impressed with what was presented, while others said he made a good effort.

This is not the first time Mboweni has shared his cooking skills, earlier this month he showed people how to make chicken stew.