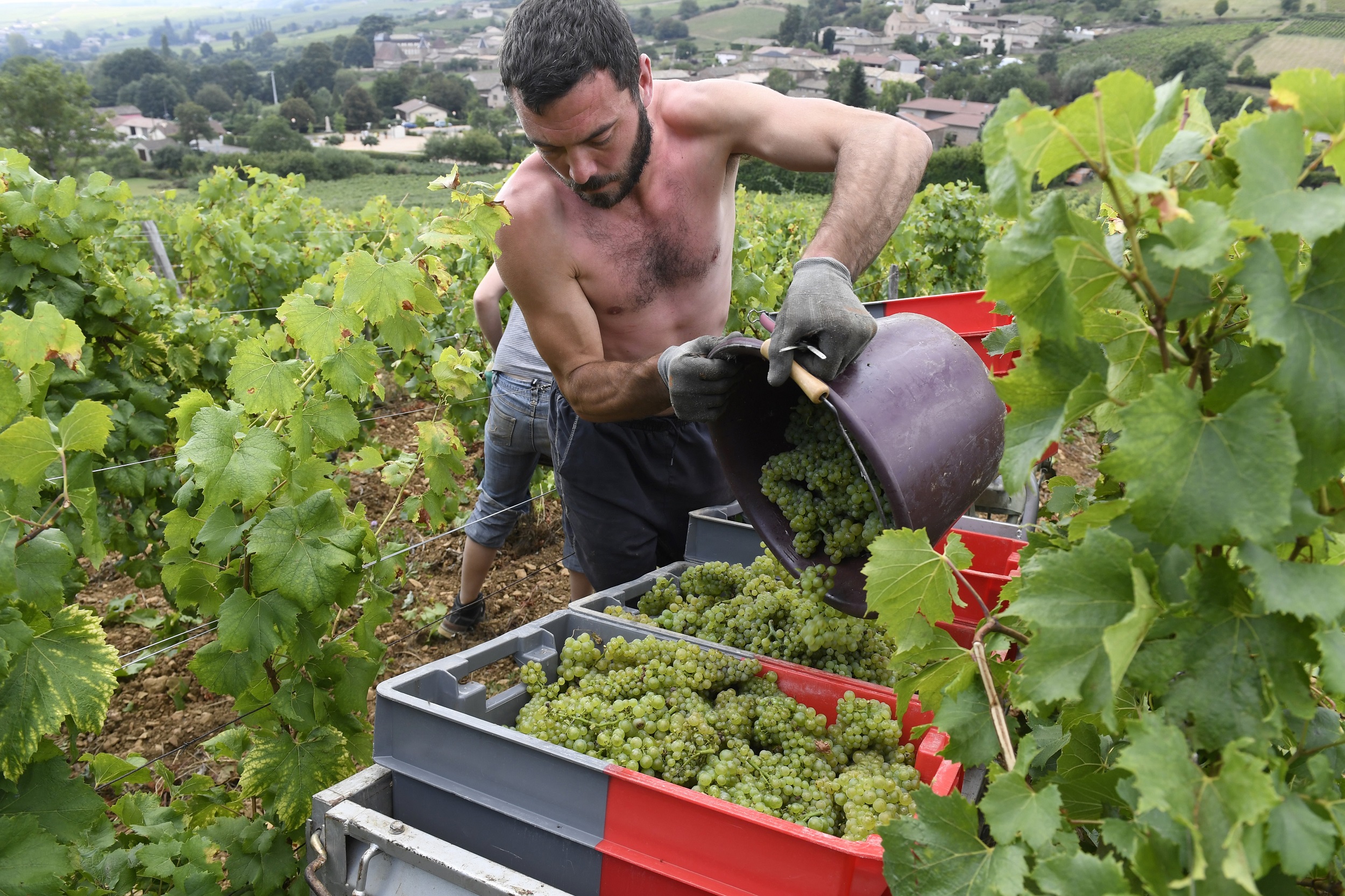 People are at work during the grape harvest in the St Veran vineyard in Chasselas near Macon eastern France.

BORDEAUX – At least seven tonnes of grapes were stolen in the dead of night from vineyards in France's prime winegrowing region of Bordeaux after a yield hit by poor weather, police said.

Three vineyards have had grapes and even whole vines stolen since mid-September, police told AFP on Wednesday.

They said about six and a half tonnes of grapes disappeared from a vineyard in Genissac near the world-famous Saint Emilion region, adding that the theft was clearly committed by professional vintners.

Between 600 and 700kg of grapes were stolen from a vineyard in Pomerol, which produces top-quality reds.

Thieves also uprooted 500 vines from a vineyard in nearby Montagne, police said.

A fourth grape robbery took place in Lalande-de-Pomerol, according to a local press report.

Thieves making away with grapes is not a new phenomenon but it has surged this year, apparently because of a disastrous yield.

People participate in the grape harvest of the Pinot Gris Grand Cru Rangen, on September 27, 2017 in Vieux-Thann, eastern France. pic.twitter.com/Yj60HJTVJo

"There's a great temptation to help oneself from (the vineyard) next door," an industry expert told AFP on condition of anonymity.

The agriculture ministry said output was expected to total 37.2 million hectolitres, 18 percent less than 2016 and 17 percent below the average over the past five years.

The 2016 harvest was already one of the poorest in 30 years.

This year, bitter cold struck twice within a week in April, ravaging the fragile shoots and buds that had emerged prematurely following mild temperatures in March.

To combat the frost, nervous Bordeaux winemakers set fires in oil drums, then positioned them carefully between the rows of budding grapevines. Giant fans were also deployed to battle the cold, damp air settling on the plants.

At the prestigious Vinexpo wine fair in Bordeaux in June, winemakers brainstormed over how to mitigate challenges to their livelihood posed by climate change.