'Toots' Thielemans hangs up his harmonica 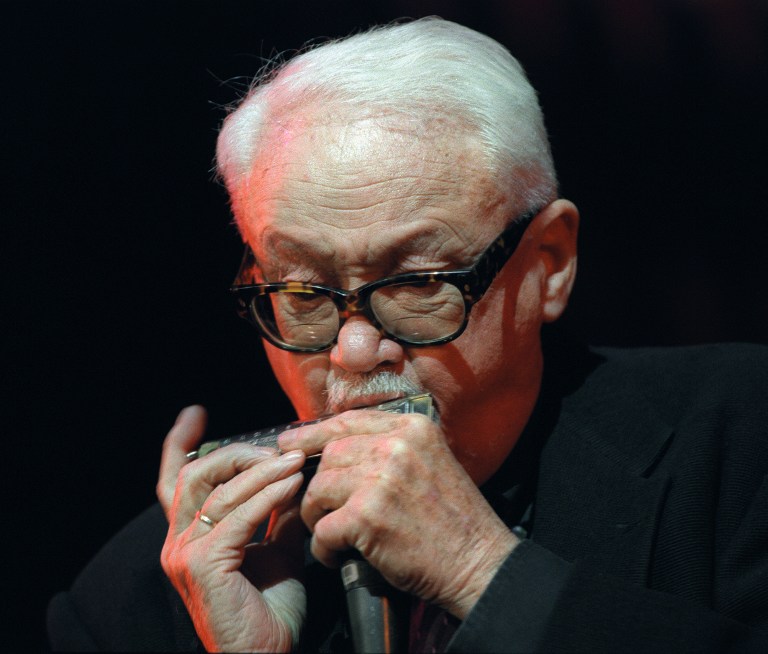 BRUSSELS - Belgian icon &39;Toots&39; Thielemans is bowing out after a 70-year career as the world&39;s top harmonica player during which he made music with some of the biggest names in the business.

Jean-Baptiste Frederic Isidore Thielemans, known affectionately as &39;Toots&39; to everyone, "no longer feels strong enough to be sure of completing a concert," his agent Veerle Van de Poel said Wednesday.

Born in 1922 in the working class Marolles district of Brussels where his parents ran a cafe, Thielemans started with the accordion and then moved to the guitar, earning a name as a talented musician.

He took up the harmonica as a hobby and then during World War II, as described on his official website, he became "contaminated" with the jazz virus.

According to the website, Thielemans got a big break when he joined Benny Goodman on a European tour in 1950 before moving to the United States where he teamed up with yet another jazz great, Charlie Parker.

Buoyed by the commercial success of his now standard "Bluesette" in 1962, he played harmonica on the soundtrack for the hit Dustin Hoffman, Jon Voight film "Midnight Cowboy" in 1969 and many others.

A blossoming career saw him playing with the best names in popular music, among them Ella Fitzgerald, Quincy Jones, Frank Sinatra, Ray Charles and Oscar Peterson.

In 2001, Belgian King Albert II made him a baron, sealing his status as one of the country&39;s best known figures on a par with Tour de France great Eddy Merckx.

In recent years, Thielemans had to cope with failing health but he refused to let this put him off and in 2012 he played a concert in Brussels to mark his 90th birthday before setting out on a tour which took him to Japan and the United States.

"He has taken the harmonica to the artistic heights, he is a real master at picking just the right note," Brazilian guitarist Oscar Castro-Neves, who played with Thielemens regularly, said at the time.

For Quincy Jones, who famously took Michael Jackson&39;s career to new heights with "Thriller", Toots was one off the all-time greats.

"I can say without hesitation that Toots is one of the greatest musicians of our time," Jones is quoted as saying on Thieleman&39;s website.

"On his instrument he ranks with the best that jazz has ever produced. He goes for the heart and makes you cry.

"We have worked together more times than I can count and he always keeps me coming back for more," Jones says.

Now, however, age and poor health have caught up with Toots, said Van de Poel.

"So as not to disappoint his fans, he has decided to cancel all his concerts," Van de Poel said.

Toots "wants to benefit from a rest richly deserved. He can look back on a beautiful and very successful international career," she said, adding that he would not return to the stage or recording studio.

He hopes that people "will remember him as the little boy from Brussels who became a citizen of the world," she said.

"You gave us many magic moments!"