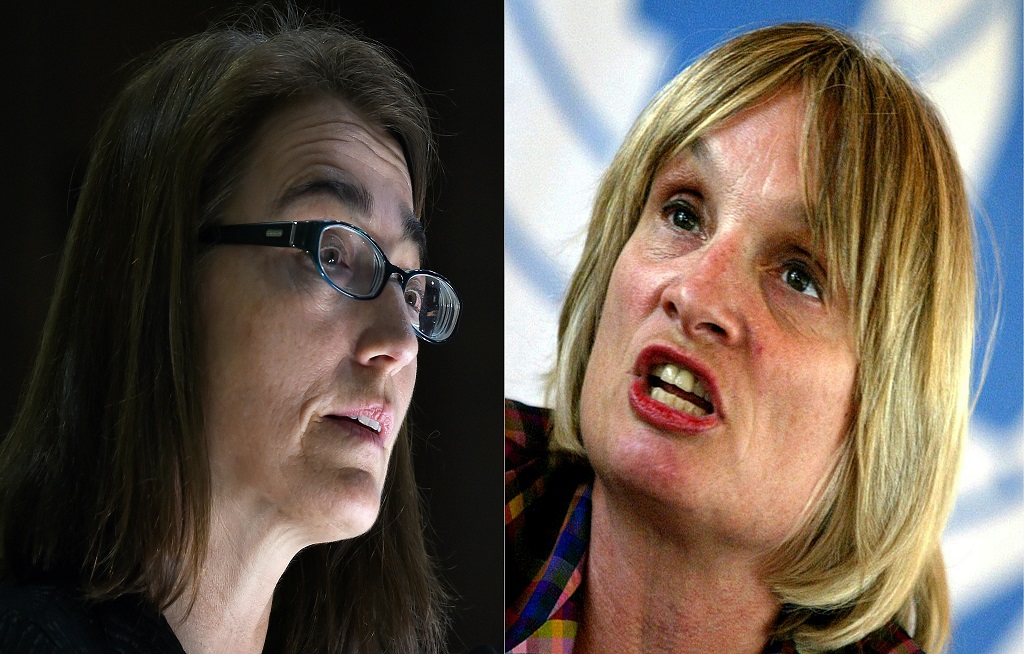 More than 220 serving and former US diplomats, defense and national security officials, including Sewall and Chamberlin, have added their names to the metoo movement, releasing a letter saying that sexual harassment is rife in their professions.

WASHINGTON – More than 220 serving and former US diplomats, defense and national security officials have added their names to the metoo movement, releasing a letter saying that sexual harassment is rife in their professions.

In the open letter posted online late Monday, the "women of the national security community" protested abuse and discrimination, saying that as in the private sector their complaints are ignored and they are held back professionally by the men they work with.

"We, too, are survivors of sexual harassment, assault, and abuse or know others who are," they wrote in the letter headed metoonatsec.

"This is not just a problem in Hollywood, Silicon Valley, newsrooms or Congress. It is everywhere. These abuses are born of imbalances of power and environments that permit such practices while silencing and shaming their survivors."

The signatories include women who serve in or have served in senior positions at the Department of Defense and State Department, White House and intelligence agencies, among them about 60 former and current ambassadors.

They included former US ambassador to Pakistan Wendy Chamberlin; Suzy George, who was chief of staff at the White House National Security Council; and Sarah Sewall, former under secretary of state for human rights.

They said that despite the large number of women who enter their areas of work, many drop out and only a few make it to senior positions.

"Many women are held back or driven from this field by men who use their power to assault at one end of the spectrum and perpetuate, sometimes unconsciously, environments that silence, demean, belittle or neglect women at the other," they said.

"This community must also address the serious gender imbalances in senior leadership positions because male-dominated teams have been found to be more prone to abuses and more diverse teams are consistently linked to better outcomes," they said.

They recommended that their agencies institute mandatory training for all employees on harassment issues and establish multiple clear and private channels for reporting abuse and collecting claims.

They also called for exit interviews for all women leaving government service, which could better reveal the extent of harassment issues.