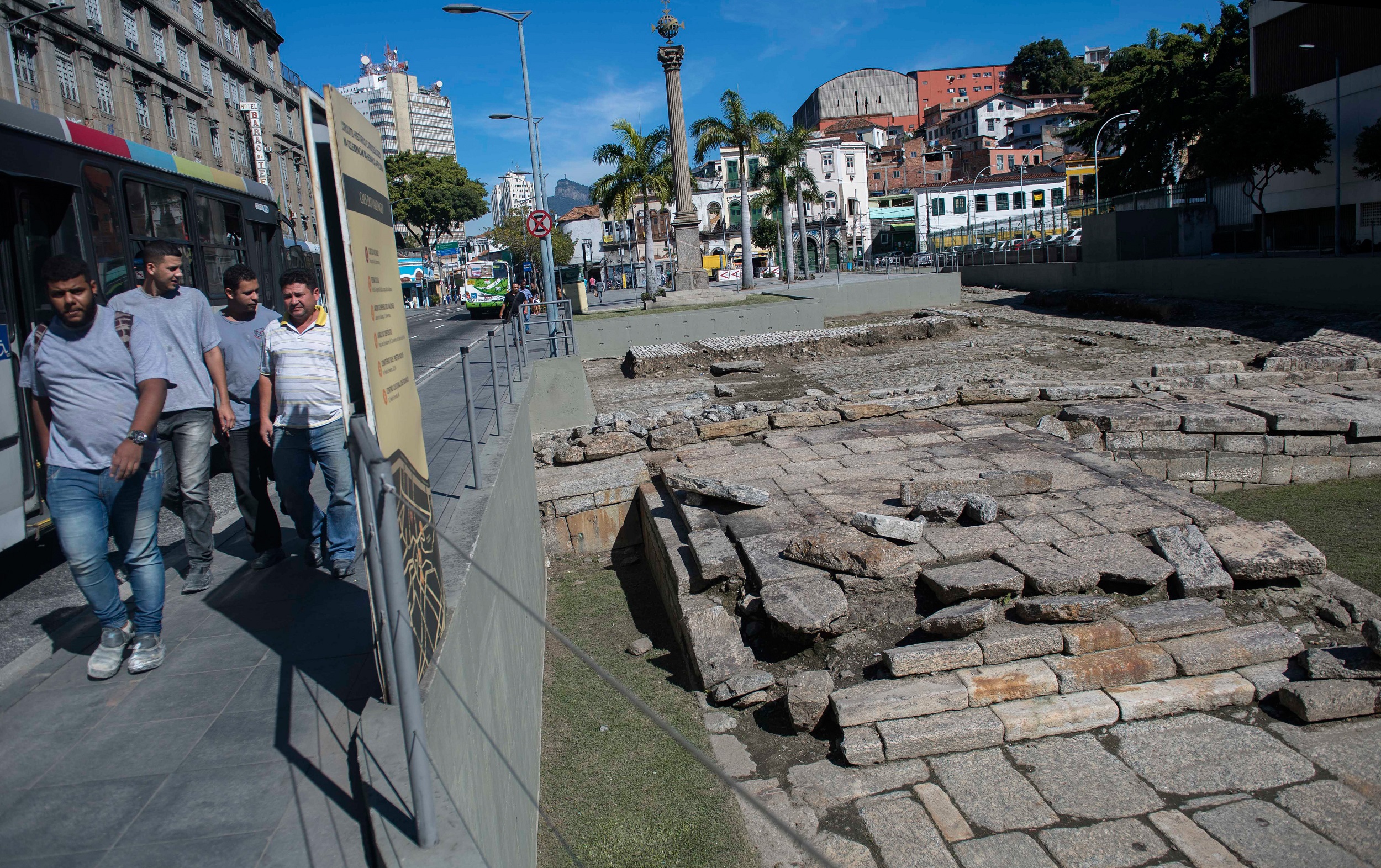 Millions of slaves from Africa took their first steps in Brazil through these stones of Valongo Wharf.

RIO DE JANEIRO - The worn paving stones discovered under a thick layer of modern concrete in Rio de Janeiro did not look like much at first. But it was here that some million slaves from Africa took their first steps in Brazil.

Next week, the United Nations cultural body UNESCO was set to consider whether to award what was known as Valongo Wharf world heritage status, winning protection as a site of global importance.

The wharf, or what remained of it, would join sites like the Taj Mahal in India and the ruined Inca city of Machu Picchu. UNESCO, which was meeting between July 2-12 in Krakow, Poland, already chose Rio de Janeiro as a heritage site in 2012, recognising the city's unique combination of landscapes between mountains and the sea.

For Valongo, the honour would make it a twin with Ile de Goree, a small island in Dakar harbour that was chosen in 1978 as the emblem of the departure points for slaves from west Africa on their way to the Americas.

Now, on the other side of the Atlantic from Senegal, across the grim route that was known as the "middle passage," the stones of Valongo Wharf commemorated the slaves' arrival.

The Valongo site was no longer situated on the water, but well inland, following expansion of the original city. The remains were only discovered by accident in 2011 during massive works to refurbish the port area for the 2016 Olympics.

Historians had known that this was the area where the biggest slave trade in the Americas was centred, but few Brazilians were aware. Nearby, a couple discovered by chance that their house was sitting on a mass grave of what could be tens of thousands of slaves.

READ: Gambia's race to save its 'Roots' on Kunta Kinteh island

Valongo was where the slaves, often emaciated and sick after the voyage, were taken to be quarantined, sorted and sold.

"Those who survived the crossing were taken straight to the slave market," historian Claudio Honorato said.

"The whole neighbourhood lived on this business. There were even manufacturers of the chains and iron collars," Honorato, a researcher at the Institute of New Blacks, which curates the mass grave site, said.

An estimated four million or so Africans were shipped to Brazil, far more than to the United States and amounting to about 40 percent of all trans-Atlantic slaves.

With slavery only being abolished in 1888, the echoes of that traumatic history continued to sound in a country where racism remained deeply embedded.

Valongo Wharf, which was active between the end of the 18th century and the mid-19th century, could now help to shed light on that buried history.

"We knew that the Valongo Wharf was in the area, but we were surprised to find it so well preserved, even after it had been underground for so long," said archaeologist Tania Andrade Lima.

Fragments of a mid-19th century refurbishment could still be seen at the wharf when it was made to look more palatable for the arrival of Princess Teresa Cristina Maria de Bourbon, who had come to marry Emperor Pedro II.

"That work is extremely symbolic because it represents the contrast between two extremes of society: it's as if the princess was trampling over the slaves," Lima said.

Honorato called that makeover of the otherwise functional, massive stone dock "the first attempt to bury the memory."

If UNESCO recognised Valongo's world heritage status, that would be a sort of reparation for a "crime against humanity that is still being paid for by the descendants of the victims today."

Guran also saw a far reaching consequence to the UNESCO label: "It will oblige Brazil to recognise its African roots" and would also encourage educational tourism.

For the neighbourhood really to take off as a tourist destination, however, Rio's authorities would have to deal with more modern problems - crime and the presence of crack addicts in the little visited area.