Everest '96: Get them down alive 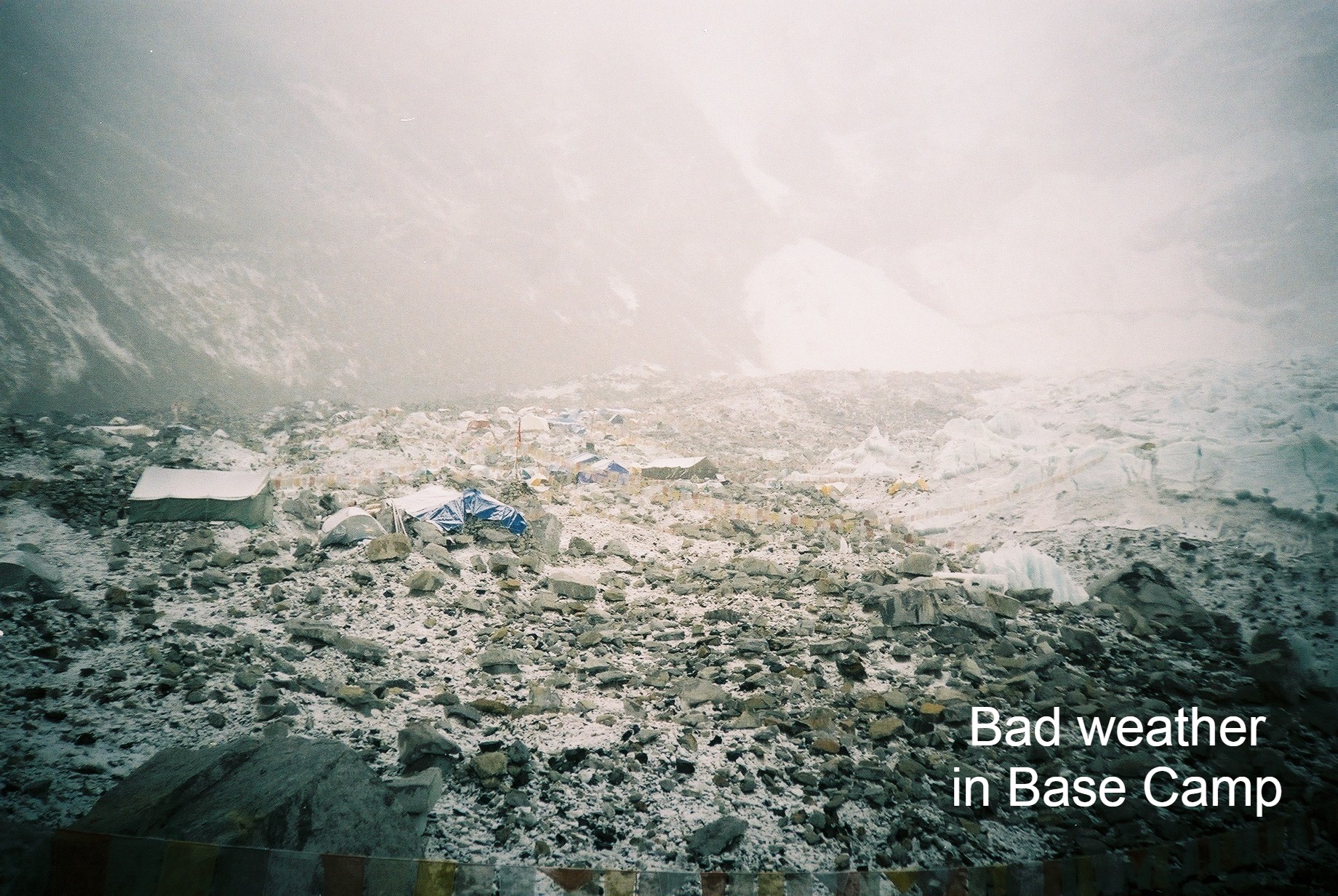 *In 1996 Patrick Conroy was sent to Nepal to report on South Africa&39;s first Everest expedition. Twenty years later he reflects on this memorable assignment.

Philip Woodall walked back into camp, a sullen look on his face. He had been over to the New Zealand tents.

“Rob Hall is not answering his radio.” There wasn’t anything more to say. Our hearts sank.

We knew what this meant. If anyone could have survived a second night above 8700 metres it was the tough New Zealander. Now his radio was silent.

His death had been a slow and agonizing one.

There is little doubt in my mind that when he spoke to his wife, Jan, about their only child he knew he would not live to ever lays eyes on her. His only parental act was to give the unborn baby a name - he would be robbed of any future fatherly privileges.

Today Sarah Hall is 19 years old. Perhaps she more than anyone else wishes he had left Doug Hansen to his fate and descended to save his own life. Hall sacrificed himself trying to save a man who was prepared to die for the summit. It was a heroic and admirable act but Sarah and her mother Jan would be on their own now.

Everest is indifferent to pain and loss. Everest is unforgiving. It has no care for protoplasmic creatures dressed in puffy down suits that try to scale her slopes for a few weeks each year. The bodies she claims are hers for eternity.

Rob Hall and Scott Fischer remain where they died. Where Doug Hansen and Andy Harris are is a mystery. No trace of the men has ever been found and Everest is keeping their icy tombs to herself.

Yasuko’s body lay on the South Col for over a year. Her bereaved husband organised an expedition in 1997 and brought his wife’s body down. Anatoli Boukreev was haunted by her death and apologised to her husband for failing to save her life. Anatoli wrote a book about his experiences on Everest that year entitled “The Climb”.

I briefly met Anatoli in basecamp in 1996. Deshun and I were visiting the Fischer camp after the tragic storm. Boukreev entered the kitchen tent where we were sitting on the floor and eating a breakfast provided by our hosts. He was dressed in blue and was wore running shoes. He kept to himself and avoided conversation with anyone. He struck me as being the epitome of an introvert. Mountains were his friends, humans were a distraction.

Someone asked him if he was leaving basecamp.

So I asked him where he was planning to spend the night, expecting his answer to be Pheriche or Tengboche.

“Lukla” he said annoyed at my intrusion and kept his eyes on his food.

Boukreev was about to run down the entire trail that had taken me seven days to ascend in just a few hours. He was a remarkable athlete.

I was amazed but sensed he was in no mood for conversation and so let him be. A short while later he handed his empty plate to a member of the cooking team then stood up without speaking and swiftly left the tent. He had only said two words in the entire time I was in his presence, ‘Yes’ and ‘Lukla’.

On Christmas day in 1997 he was climbing in Nepal, this time on the South face of Annapurna. Above him an enormous ice cornice broke off the mountain and came crashing down on his position. Boukreev was killed and his body never found. He was 39 years old. He was a year younger than Fischer at the time of his death, who was 40, and four years older than Rob Hall who died aged 35. No mountain for old men.

The living were now in a desperate scramble to get down the mountain. At Camp 2 and basecamp makeshift field hospitals had been set up. Dr Ingrid Hunt made her way to the South African tents once more. She was visibly upset but trying to stay focused on the patients due within the next 24 hours.

She told us that she and fellow doctor Caroline Mackenzie needed medical supplies. Philip hauled a big blue plastic barrel filled with medicines and supplies out of the storage tent.

“Take whatever you need” he said firmly.

Hunt explained she was looking for specific drugs, needles, drips and syringes. We poured the contents onto the floor of the comms tent and began sorting through the supplies. Ian Woodall may have had his critics but you could not fault him on his exceptional organisational and logistical skills. Our camp was well stocked. Ian and Philip had thought of everything.

Hunt was rapidly building up a pile of medicines she needed. Once she was satisfied she and I carried the supplies over to Fischer’s camp. The field hospital was ready but the injured were still a very long way from getting here. Exhausted the survivors were making their way down the Lhotse face. Those who could walk had no oxygen and the risk of making a fatal error on the fixed ropes was high.

It would be another anxious day.

Four months later Lopsang was killed on Everest in an avalanche. He was 24

At basecamp we were monitoring the radio in shifts. The South African team was descending along with everyone else. They planned to head down the Lhotse face, pass through Camp 3 and rest in Camp 2 at the base of the Lhotse cliffs.

Philip got the generator working and I filed a series of reports through to 702.

Andrew M Bolton was managing the newsroom and told me the death toll on Everest was being reported by the Reuters News Agency as eight climbers.

“No, it is five” I insisted, “Hall, Fischer, Hansen, Namba and Harris”.

Yes Chen had been killed 24 hours before, but that still did not amount to eight. Andrew Bolton must have been wrong.

He called me ‘Lumumba’ after the assassinated Prime Minister of the Congo, Patrice Lumumba. I responded in kind by calling him ‘Boltosh’.

“Reuters says it is eight, Lumumba! They’re reporting the same deaths you are but say three Indian climbers died on... the North side?”

It had not even occurred to me that there were expeditions heading for the summit from the Chinese Tibetan side of the mountain - the North Face. Andrew was right there had also been deaths on the opposite side that we were completely unaware of.

I explained we had no knowledge of events on the North side because of an impenetrable wall of rock three kilometres high which separated us from the North Face. I conceded his information had to be correct in the circumstances.

I had been in basecamp for four days and Everest had killed 9 people in this time. That was one life every ten-and-a-half hours.

More lives would be lost before the season was over.