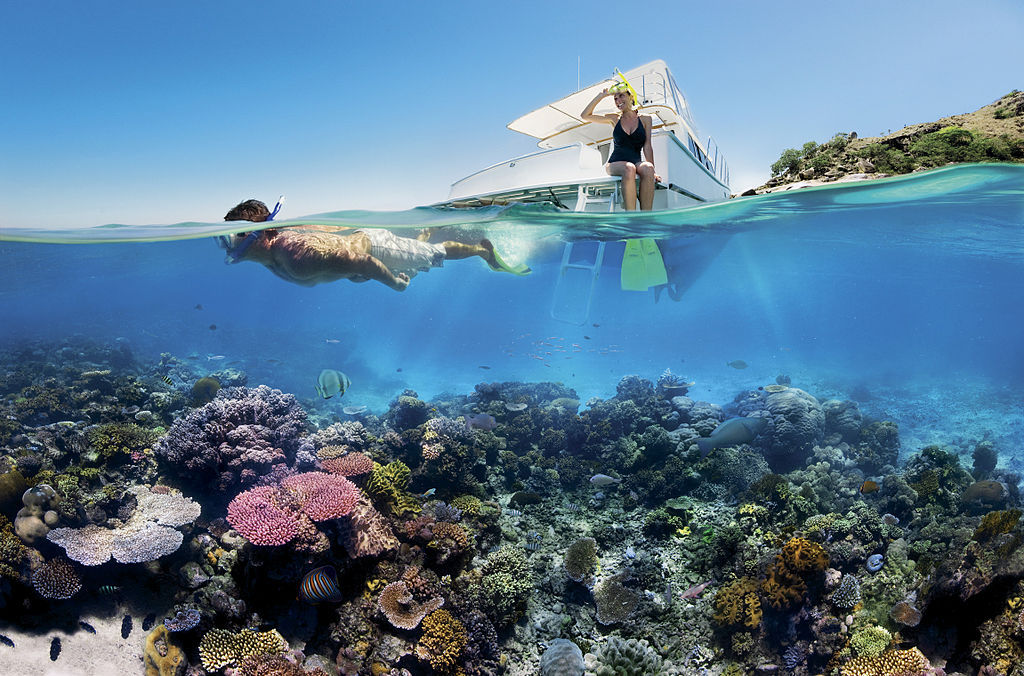 The World Heritage-listed reef is currently suffering its worst bleaching in recorded history with 93 percent of corals affected due to warming sea temperatures.

Experts from the government-backed ARC Centre of Excellence for Climate System Science said in a study that if greenhouse gases keep rising, similar events will be the new normal, occurring every two years by the mid-2030s.

Given reefs need some 15 years to completely recover from bleaching of this magnitude, the centre said "we are likely to lose large parts of the Great Barrier Reef in just a couple of decades".

Researchers found climate change had added 1.0 degree Celsius (1.8 degrees Fahrenheit) of warming to the ocean temperatures off the Queensland coast in March, when corals were first noted turning white.

"These extreme temperatures will become commonplace by the 2030s, putting a great strain on the ecosystems of the Great Barrier Reef,” said lead author Andrew King.

"Our research showed this year’s bleaching event is 175 times more likely today than in a world where humans weren’t emitting greenhouse gases. We have loaded the odds against the survival of one of the world’s greatest natural wonders.”

Bleaching is a phenomenon that turns corals white or fades their colours as they expel tiny photosynthetic algae, threatening a valuable source of biodiversity, tourism and fishing.

They can recover if the water temperature drops and the algae are able to recolonise them.

The study is yet to be peer-reviewed, but the centre took the unusual step of releasing it early because the reef is in such a dire predicament.

"We are confident in the results because these kind of attribution studies are well established but what we found demands urgent action if we are to preserve the reef,” said King.

"For this reason, we felt it was vital to get our findings out as quickly as possible."

The damage ranges from minor in the southern areas -- which are expected to recover soon -- to very severe in the northern and most pristine reaches of the 2,300 kilometre (1,430 miles) site off Australia&39;s east coast.

Ove Hoegh-Guldberg, from the Global Change Institute at the University of Queensland, who published a controversial study in 1999 forecasting such an event, said his predictions were now looking conservative.

"Reefs need time, around 15 years, to completely recover from a coral bleaching event of this magnitude,” Hoegh-Guldberg said.

“Recovery rates are being overwhelmed by more frequent and severe mass coral bleaching.”