Paris mayor tells littering smokers to butt out or pay up 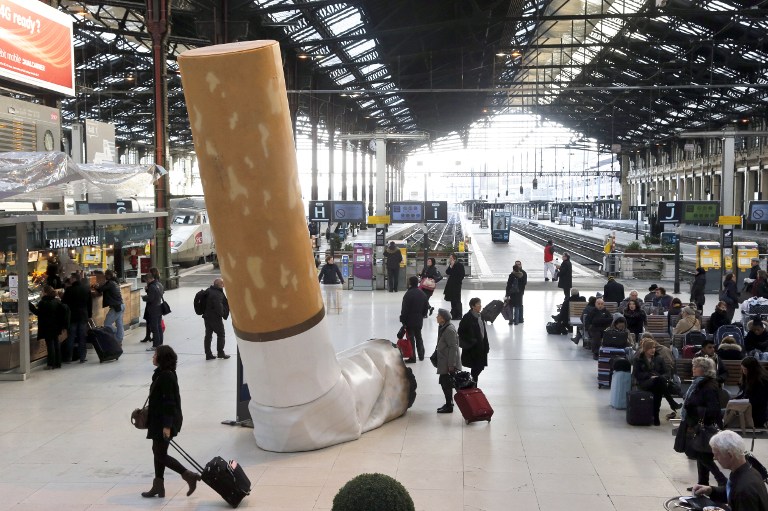 PARIS - Flicking your cigarette butt in a Parisian street could from Thursday net you a stiff 68 euro (R1,340, $75) fine as the city cracks down on "incivility" and pollution.

This is nearly double the current fine of 35 euros, which was rarely enforced in the City of Light where some 350 tonnes of cigarette butts are collected every year.

"On top of the visual pollution, these butts represent a significant environmental pollution. They contain numerous toxic products which spread through the soil and air," the mayor&39;s office said in a statement.

As of today, Paris has a fine of 68 euros for anyone caught throwing a cigarette butt on the ground. More from... http://t.co/I4SJ32bSLH

According to a 2012 World Health Organization report about 25 percent of France&39;s population are smokers, which is on the higher end for Western Europe but lower than Spain, Greece and Eastern European nations.

The city recognises that cigarette butts strewn on the street, as well as other acts of "incivility" like leaving your dog&39;s pooh on the pavement, have given it a dirty reputation.

"Dirtiness is one of Parisians&39; main complaints," read the statement which called for more "respectful behaviour" from the public as well as tourists.

The local government said cigarette butts took between four and 12 years to disintegrate, and contained heavy metals and pollutants like nicotine and lead.

One stub can pollute more than 500 litres of water.

The decree to stiffen the fine was passed in March, and city officials handed out warnings throughout the month of September, while 30,000 new bins with a corner on which to stub out the cigarette were rolled out onto city pavements.

Also in summer some 15,000 pocket ashtrays, which can carry up to five stubs, were handed out in Paris by a hotel and restaurant union.

The same 68 euro fine is slapped on dog owners who don&39;t clean up after their pets.