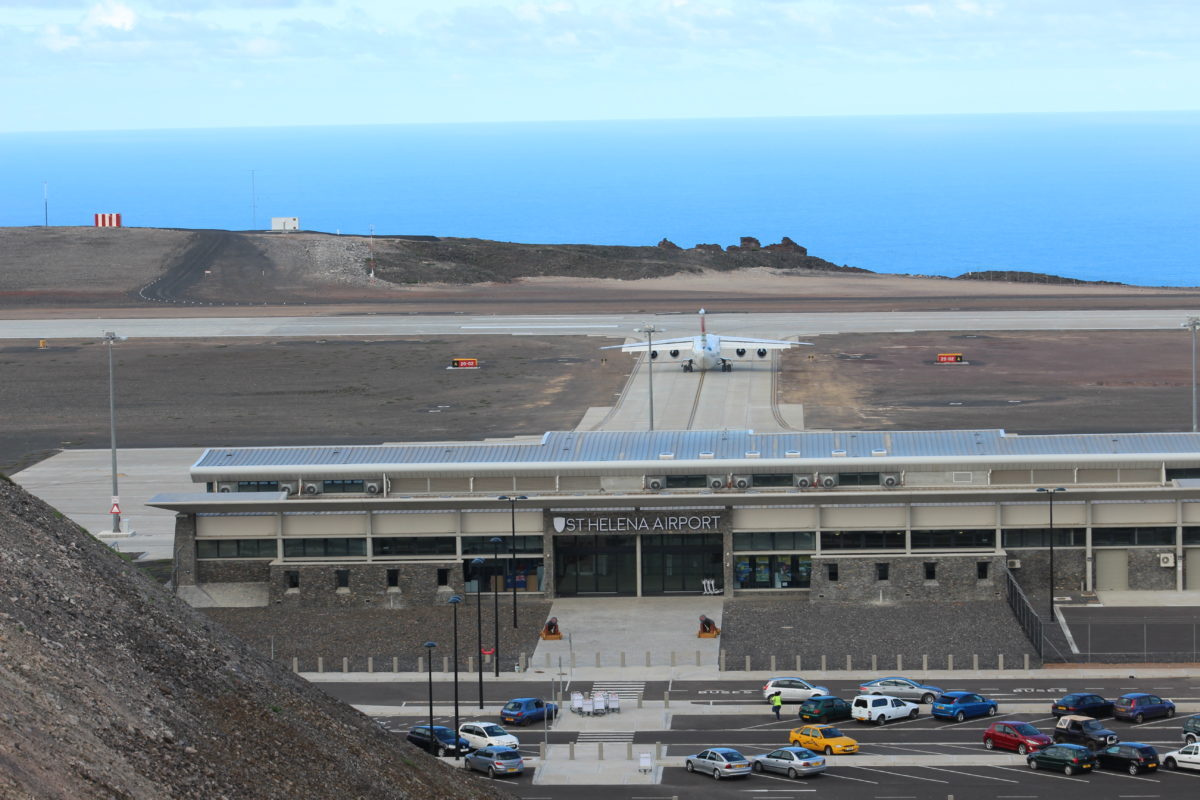 File: After years of procrastination, London gave the green light in 2011 a full runway on the island.

JAMESTOWN - Cut off from the rest of the world for centuries, St. Helena, which lies isolated in the middle of the Atlantic Ocean, is now reachable by plane for the first time.

The aviation breakthrough promises to lift the British-run territory from obscurity and bring it within reach of international tourists.

The arrival of the first commercial flight was also a relief for islanders frustrated by a delay to the opening because of high winds.

After years of procrastination, London gave the green light in 2011 for a full runway on the island.

The ambition was to bring it within six hours of mainland Africa instead of the five days previously needed to make the ocean voyage from Cape Town.

British officials hoped that 30,000 tourists a year would visit the island, which is home to just 4,500 residents -- known as "Saints".

Rather, the island is known as a paradise for hikers and divers with dramatic scenery and its volcanic origins and boasts a history as rich as its flora and fauna.

The British have detained various opposition forces on the island over the centuries, including Napoleon Bonparte (after the Battle of Waterloo) who died in exile on St. Helena in 1821.

It was also temporarily home to 25,000 former slaves after they were released in the 19th century on the island, which lay on the slave-trading route from Africa to America and the Caribbean.

Encouraged by London&39;s upbeat estimates, islanders began investing in tourism, sensing an opportunity in an economy where the average annual salary is just £7,280 (8,150 euros, $9,600).

Local businessman Johnny Herne runs a pleasure boat that he imported from Scotland 8,000 kilometres (5,000 miles) away on which guests can spot humpback whales and dolphins along the craggy coastline.

He has so far invested £182,000 in his business but now is drowning in debt as a result of the airport delay, which he says contributed to his divorce.

Entrepreneur Paul Hickling produces a cactus liqueur and a local coffee and has invested more than £100,000.

"The government said: &39;Invest because the airport is coming... all these people are going to come&39;," he said.

"Unfortunately the airport got delayed -- but we had already invested the money."

Hazel Wilmot, a hotelier in the capital Jamestown, had had large quantities of food and drink shipped to St. Helena and her property was fully booked.

But with the delay, tourists cancelled their trips.

Local officials set up a scheme to help businesses affected by the delay -- but no one has yet claimed, according to the island&39;s trade board.

After the 18-month delay, the first commercial flight finally touched down on October 14 this year.

A sense of euphoria swept through the cabin as champagne was served and the island edged into view. On the ground, islanders celebrated the long-awaited arrival.

"It was a big relief when the airport finally opened. It has not been easy," said Craig Yon, a manager of a hotel that opened in 2012.

But the island may never experience a tourism boom on the scale that was promised.

For safety reasons, the passenger capacity of the aircraft serving the island is far smaller than planned.

And the single weekly flight from Johannesburg will serve the island at a cost of about £800 return.

"South Africans would prefer to go for three weeks in Thailand than to go to St. Helena," said one South African travel agent, who organises trips to the island.

For this Christmas, Wilmot has just five bookings so far.

"Where are all these tourists we were told were going to swamp the island?" she said.

Tourism chief Helena Bennett now thinks the goal of 30,000 visitors was "unrealistic" -- indeed the small plane can bring less than 4,000 people, including residents, to the island each year.

Even today, the island has just 121 guest beds including a new hotel funded by the local government.

None of the properties have a website, while roads are so small that often only one car can pass.

But with the air link, the flow of tourists will at least be more constant.

"During the two-week period when the Royal Mail Ship is away, the island is dead," said Bennett, referring to the passenger and cargo vessel that calls at the island.

"With the plane, we are going to have visitors every week. The island is not going to stop anymore."