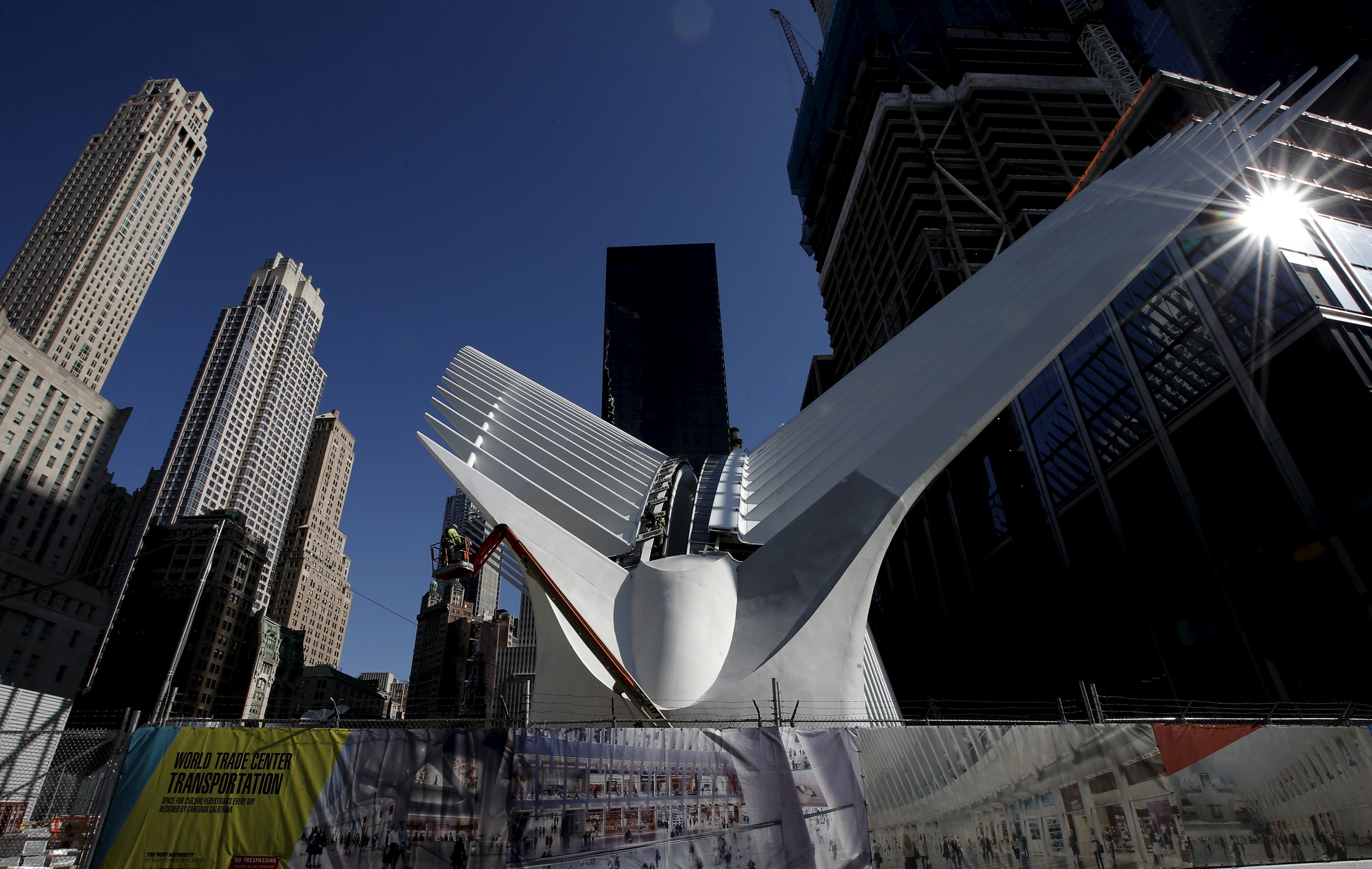 The World Trade Center Transportation Hub building has an elliptical shape, reaching for the sky like the wings of a bird.

NEW YORK - The world&39;s most expensive train station opened Thursday in New York, nearly $2-billion over budget and years behind schedule, but the European architect who designed it called it a gift of love to the city.

The World Trade Center Transportation Hub, which is expected eventually to serve more than 200,000 commuters daily, is built next to the site of the Twin Towers, which were destroyed in the terror attacks of September 11, 2001.

Santiago Calatrava, the Spanish-Swiss architect who unveiled his ambitious design 12 years ago, removed a barrier at the entrance of the Oculus, a giant oval hall with walls of steel ribs and glass.

"This is a great moment. This is a gift for all New Yorkers," he said of the opening to rail commuters.

"I hope the New Yorkers embrace it like we do and that they see the message of love to them," he added.

The building has become a major source of controversy -- for its daring aesthetic, for spiralling drastically off budget and for closing seven years behind schedule.

Initially budgeted at $2-billion, it ended up costing $3.85-billion, according to a spokesperson in Calatrava&39;s office. That would make it the most expensive station in the world.

Calatrava said he hoped America&39;s financial and entertainment capital would enjoy a building that he hoped would become a "big civic monument like Grand Central" -- one of New York&39;s most beloved landmarks.

The building has an elliptical shape, reaching for the sky like the wings of a bird. The space measures 107 metres long by 35 metres at its widest point.

Calatrava thanked the Port Authority of New York and New Jersey, which commissioned the project and paid for the huge edifice with taxpayers&39; dollars.

Thursday was only a partial opening -- with a giant shopping and restaurant plaza not due to be up and running until August.

The Port Authority admitted in a 2008 report that the original cost estimate was "too low to begin with" but stressed the advantages the transit hub would afford the city.

It said that when completed, the hub will serve 250,000 visitors or shoppers as well as more than 200,000 commuters each day, making it the third-largest transportation centre in the city, behind Grand Central Terminal and Pennsylvania Station.