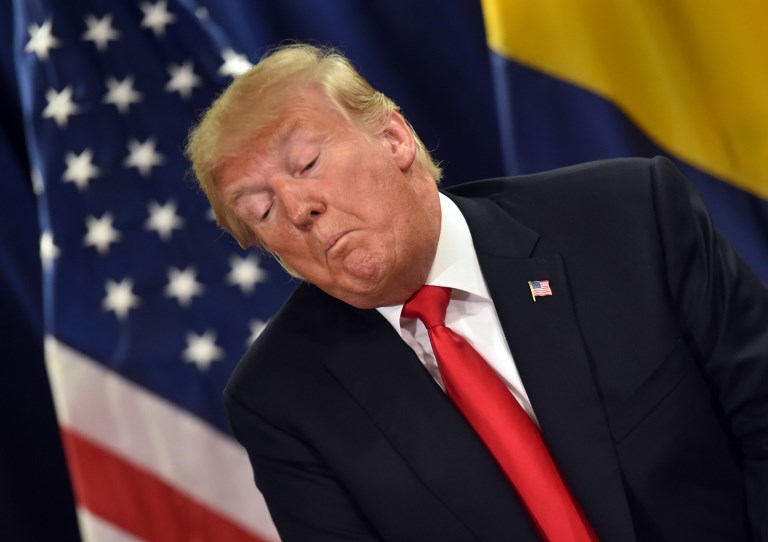 File: If Trump has unusual smarts, he knows why.

WASHINGTON - President Donald Trump fired off one of his Twitter insults to retaliate against a prominent lawyer -- married to one of his top aides -- accusing him of being mentally sick.

"A total loser!" Trump tweeted about George Conway, who has taken to social media and The Washington Post to question Trump's mental state.

The unseemly row is made unique by the fact that Conway's wife is Kellyanne Conway, a fiercely loyal advisor to Trump.

A frequent guest on the television networks, where she promotes Trump's agenda and defends him in multiple controversies, Kellyanne Conway now finds herself also having to bat down questions about her outspoken husband.

Trump's tweet came with a retweet of his election campaign manager Brad Parscale, who belittled George Conway as a jealous failure.

"We all know that @realDonaldTrump turned down Mr. Kellyanne Conway for a job he desperately wanted," Parscale wrote. "Now he hurts his wife because he is jealous of her success."

Conway has posted symptoms -- which he says Trump matches -- for "Anti-social and Narcissistic Personality Disorder" and says that Americans should think "seriously" about the president's state.

"No, I don't share those concerns," Kellyanne Conway said drily.