12 'tips' to beat the JanuWorry blues 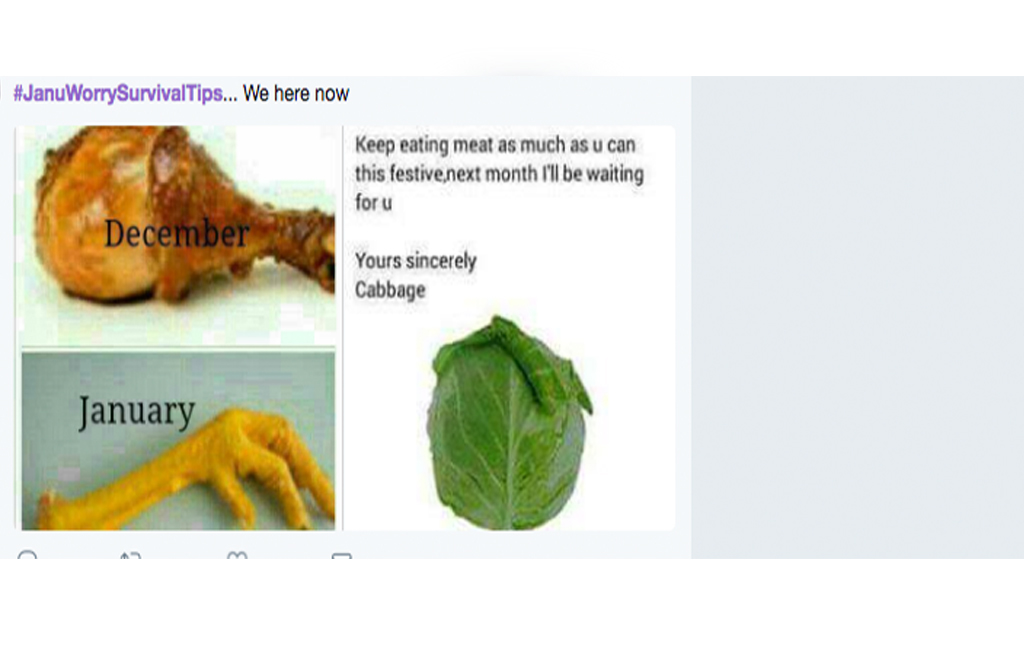 04 January 2017 - After an eventful December, Twitter users share hilarious tips on how to survive the January financial woes.

JOHANNESBURG - With three weeks still to go before the first pay day of 2018, those who partied with reckless abandon may find solace in these JanuWorry tips, or not…

eNCA compiled some of the best advice from social on how to survive the financial blues.

1. We borrow each other meat just to make soup and bring it back.

JanuWorrySurvivalTips we borrow each other meat just to make soup and bring it back. pic.twitter.com/8eXcbjxgJU

3. Do not throw away iskhokho (the pap crust) ... it goes well with black tea

4.Be like Sdumo: Recycle, reuse and repurpose your tea bags

JanuWorrySurvivalTips Don&39;t throw away the tea bags after drinking tea they must be used 3 times.---------- pic.twitter.com/K1fMBUObwQ

5. Visitors must bring their own food

JanuWorrySurvivalTips when visitors come they must bring their own food pic.twitter.com/tckmuh9H55

Become a blood donor... They give cookies and cooldrink and one for the road-- pic.twitter.com/Zn26aPMjiK

10. Find a girl who can cook cabbage in at least five different ways

Be a Vegetarian For The Month