'UFO' sightings in South Africa since 1965 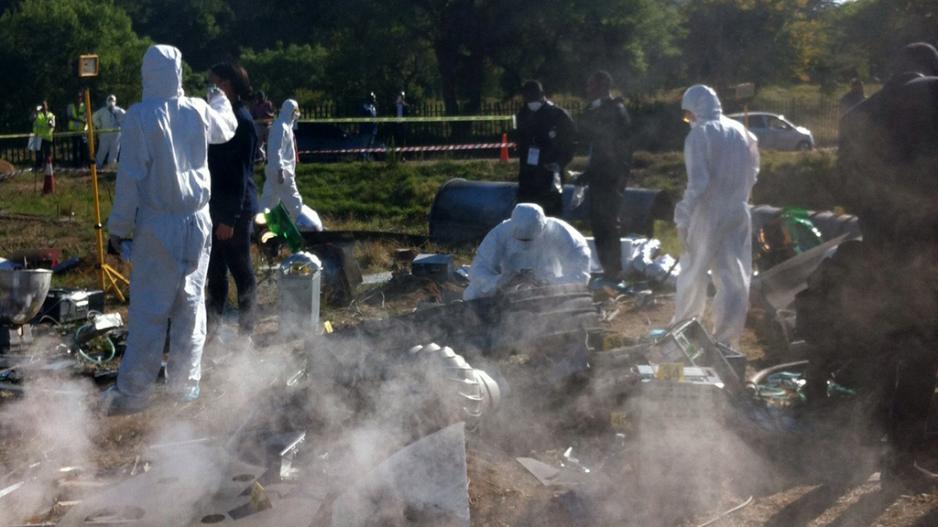 The smouldering wreckage of what appeared to be a flying saucer had caught the attention of motorists in northern Johannesburg, but it turned out to be a simulated plane crash

JOHANNESBURG – Over the past few days social media has been abuzz with speculation of UFO sightings in Cape Town and Johannesburg.

On Tuesday, Clover staged a "UFO crash" on William Nicol Drive in Sandton to promote one of their products.

1965 - After midnight on September 16, two police constables saw a "shiny, copper-coloured craft", which apparently landed at in the middle of Bronkhorstspruit Road in Pretoria. Their patrol vehicle cut out as they watched the craft rapidly ascending, while emitting a sea of flames through two portals, leaving the asphalt ablaze afterwards.

Residents of the East Rand (Ekurhuleni) had earlier reported seeing an "enormous white light" and a "red ball" in their skies.

1991 – In April a "hovering triangular craft with red central lights, and white star-like lights on each extremity", was spotted by a family at Baviaanspoort, Pretoria. Around the same time in Belgium, a similar craft was sighted.

1996 – On August 28 a "glowing disc" was apparently seen by a Sergeant Becker near the Adriaan Vlok police station in Erasmuskloof, Pretoria. The pulsating light contained a "red triangle and emitted bright green tentacles". A radar operator at Johannesburg International Airport (OR Tambo International) confirmed its presence.

About 200 policemen and a police helicopter gave chase, but the helicopter chase was abandoned at 10,000ft near Bronkhorstspruit when the object made a sharp vertical ascent.

1998 – On December 27 a family videotaped a group of "roundish triangular craft" passing over the town of Graaff Reinet.

The "crafts" changed colour and circled each another, before being overtaken by a much larger, shiny, golden craft.

2004 – In June 27 a resident of Durban observed and video-taped a brightly coloured light, which changed shape from oval to circular, suspended in the air near her home for three hours. Family members and neighbours also observed it.

2010 – In July, residents of Booysens, Pretoria, observed a "triangle of bright lights which hung motionless in the sky for two hours".

The objects then slowly descended towards the horizon at 8.30pm. The lights were blue and emerald in colour, with a white light which shone downwards.

2015 –  A UFO was reportedly spotted in Cape Town on November 28. Social media was abuzz with various reports of what seemed to be a green light over the city.

ufosa my uncle captured this a few years ago in durban north pic.twitter.com/f803kqFttN

Everyone&39;s tweeting about a UFO sighting off Long Street. Please let it be aliens. But nice aliens. UFOSA pic.twitter.com/U0NlV8YQLU

WHAT WAS THAT? Anyone else see that green light flying over Soweto? UFOSA pic.twitter.com/BJfI45Z4w1