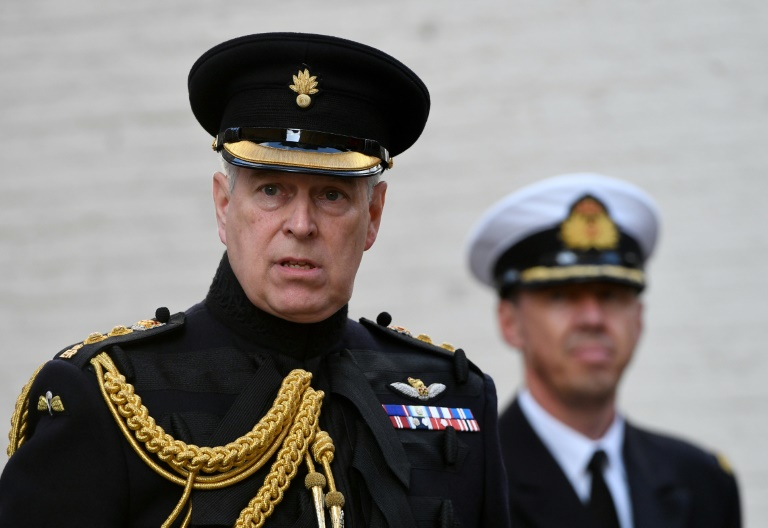 Prince Andrew has vehemently denied claims he had sex with Virginia Giuffre and said he has no recollection of meeting her. AFP/John Thys

LONDON - A British court accepted a request by a woman who is suing Prince Andrew in the United States for alleged sexual assault to notify him about the case.

Virginia Guiffre alleges that the Duke of York sexually assaulted her when she was aged 17, and a minor under US state law.

But Andrew's lawyers say legal papers for the case in New York were not properly served and they will contest the US court's jurisdiction in the civil action.

The High Court of England and Wales in London initially rejected an application by Guiffre's lawyers for it to contact Queen Elizabeth II's second son.

"The High Court has accepted the request for service under the Hague Service Convention", which allows countries to ask for evidence in civil or commercial matters, it said.

"The legal process has not yet been served but the High Court will now take steps to serve under the convention unless service is arranged by agreement between the parties," it added.

The duke's lawyers questioned whether he had been properly notified of the court action at a pre-trial hearing in New York earlier this week.

The documents were delivered to "the last known address of the defendant" at his mother's Windsor Castle residence west of London, but not to the duke in person.

Andrew is currently with the queen at her remote Balmoral estate in northeast Scotland, according to newspaper reports.

Guiffre is seeking unspecified damages from Andrew, who has denied ever meeting her and claims a photograph of the pair together may have been doctored.

The former Royal Navy helicopter pilot has rarely been seen in public since he gave a disastrous TV interview in late 2019, which forced him to step down from the royal frontline.

He was criticised for failing to distance himself from the late US financier Jeffery Epstein, who Guiffre says trafficked her for sex.

Epstein, who forged links with a host of celebrities and high-profile figures, killed himself while awaiting trial on charges of sex trafficking of minors.