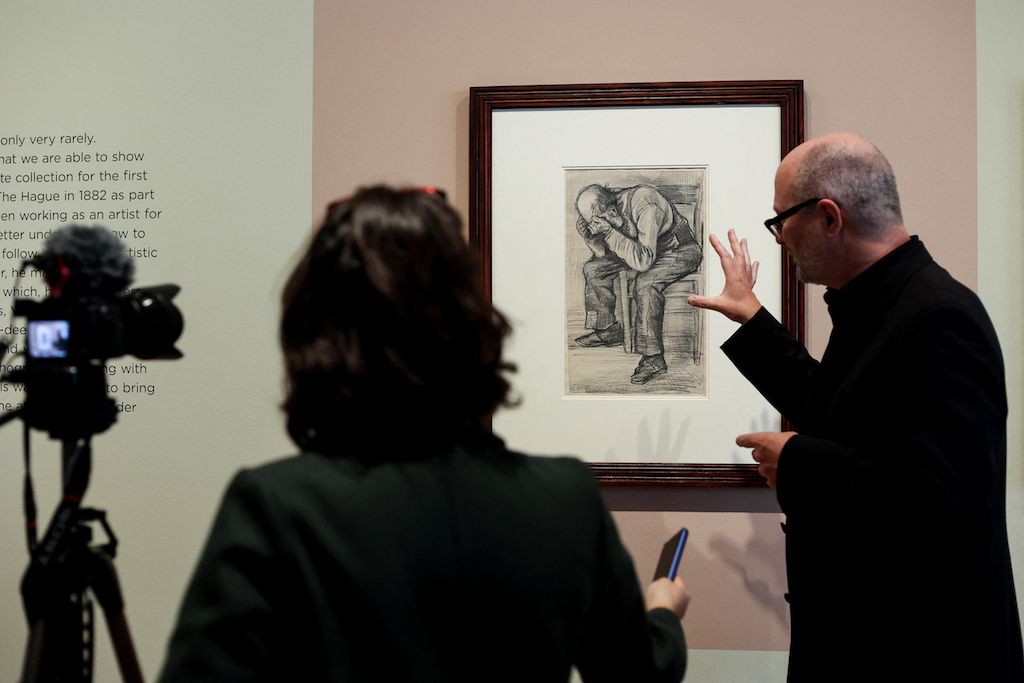 "Study for 'Worn Out'", which Vincent van Gogh drew early in his career in 1882, has been hidden away in a Dutch family's private collection for more than a century. AFP/Kenzo Tribouillard

AMSTERDAM - A never-before-seen Vincent van Gogh drawing of an exhausted old man went on display at an Amsterdam museum on Thursday for the first time.

"Study for 'Worn Out'", which van Gogh drew early in his career in 1882, has been hidden away in a Dutch family's private collection for more than a century.

The small pencil drawing depicts an elderly labourer dressed in a waistcoat, trousers and boots, sitting on a wooden chair with his head in his hands.

"This one has never been seen before anywhere. It's the first time that this drawing is out in the open," Teio Meedendorp, senior researcher at the Van Gogh Museum, told AFP.

"It comes from a Dutch private collection where it has been for a very long time. And this the first time and occasion that the world is able to see it."

Van Gogh made a similar drawing shortly afterwards which he preferred, and which is currently in the Van Gogh museum's collection under the title "Worn Out".

A lithograph of a similar theme is also in its collection called "At Eternity's Gate".

The new drawing will be on temporary display at the museum until January 2 before returning to the private collection.