US astronaut Jessica Watkins sets sights on Moon... and Mars 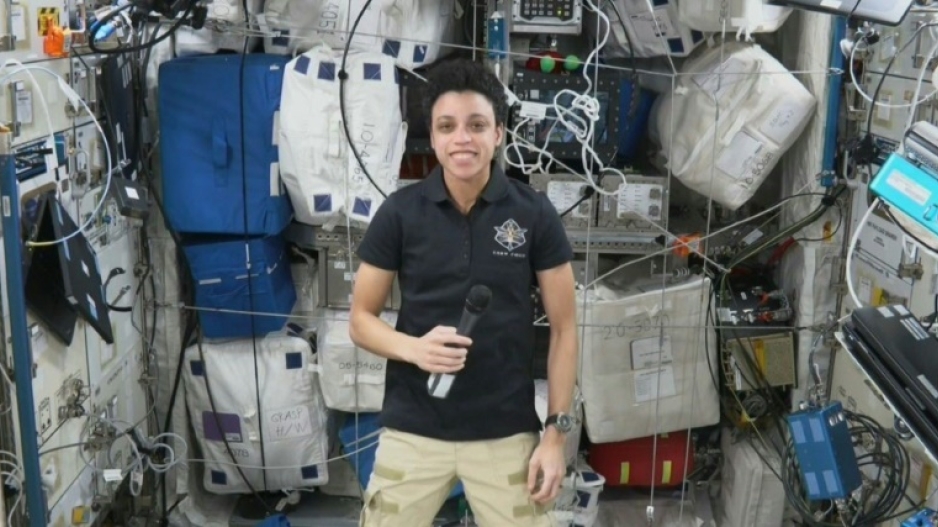 WASHINGTON - If you had the choice, would you rather go to the Moon or Mars?

The question is utterly theoretical for most of us, but for US astronaut Jessica Watkins, it hits a bit differently.

"Whichever comes first!" Watkins says with a laugh, in a lengthy interview with AFP from her post on the International Space Station (ISS).

At 34, Watkins has many years ahead of her at the US space agency NASA, and could very well be one of the first women to step foot on the Moon in the coming years, as a member of the Artemis team preparing for upcoming lunar missions.

Missions to Mars are off in the future, but given that astronauts often work into their 50s, Watkins could conceivably have a shot.

Either way is just fine, she says.

"I certainly would be just absolutely thrilled to be able to be a part of the effort to go to another planetary surface, whether it be the Moon or Mars."

In the meantime, Watkins' first space flight was a history maker: she became the first Black woman to undertake a long-term stay on the ISS, where she has already spent three months as a mission specialist, with three months to go.

The Apollo missions that sent humans to the Moon were solely staffed by white men, and NASA has sought over the years to widen its recruitment to a more diverse group of candidates.

The agency now wants to put both women and people of color on the Moon.

"I think it is an important milestone for the agency and the country, and the world as well," Watkins says. "Representation is important. It is true that it is difficult to be what you can't see."

The Maryland native added that she was "grateful for all of those who have come before me... the women and Black astronauts who have paved the way to enable me to be here today."

Born in Gaithersburg in the suburbs of Washington, Watkins grew up in Colorado before heading to California to study geology at Stanford University.

During her doctoral studies at the University of California, Los Angeles, her research focused in part on Mars and she worked on NASA's Curiosity rover, which just celebrated 10 years on the Red Planet.

Watkins still has a soft spot for Mars. In fact, she has published a scientific study on the planet during her stint on the ISS.

"I would certainly call myself a geologist, a scientist, an astronaut," she says.

Watkins remembers the moment that she realized space and planetary geology -- the composition of formation of celestial bodies such as planets, moons and asteroids -- would be her life's work.

It came during one of her first geology classes, in a lecture about planetary accretion, or when solids gradually collide with each other to form larger bodies, and ultimately planets.

"The notion of being able to be a part of an effort to actually do field work on the surface of another planetary body is super exciting, and I look forward to being a part of it."

The Artemis program, a successor to Apollo, is aimed at slowly establishing a lasting human presence on the Moon. The end goal is to set up a base that would be a forward operating station for any eventual trips to Mars.

The first uncrewed mission under the Artemis banner is set to take off for the Moon at the end of August.

Watkins is one of 18 astronauts assigned to the Artemis team, to either provide ground support or eventually take flight.

Officially, every active NASA astronaut (there are currently 42) has a chance to be selected to take part in a lunar landing.

While previous mission experience may weigh heavily in NASA's choices for personnel for the first crewed Artemis flight, Watkins's academic background certainly should boost her chances of being chosen.

Being good-natured and having a healthy team spirit are also key for space flight teams, who spend long periods of time confined in small spaces.

Watkins says her colleagues would call her "easygoing," and her time playing rugby taught her the value of working on a team.

So how does she define being an astronaut?

"Each of us all have that sense of exploration and a desire to continue to push the limits of what humans are capable of. And I think that is something that unites us," she says.

Watkins says she dreamed of going to space when she was young, and always kept it in the back of her mind -- without ever thinking it could be a reality.

"Don't be afraid to dream big," she says. "You'll never know when your dreams will come true."

By Lucie Aubourg And Antoine Boyer