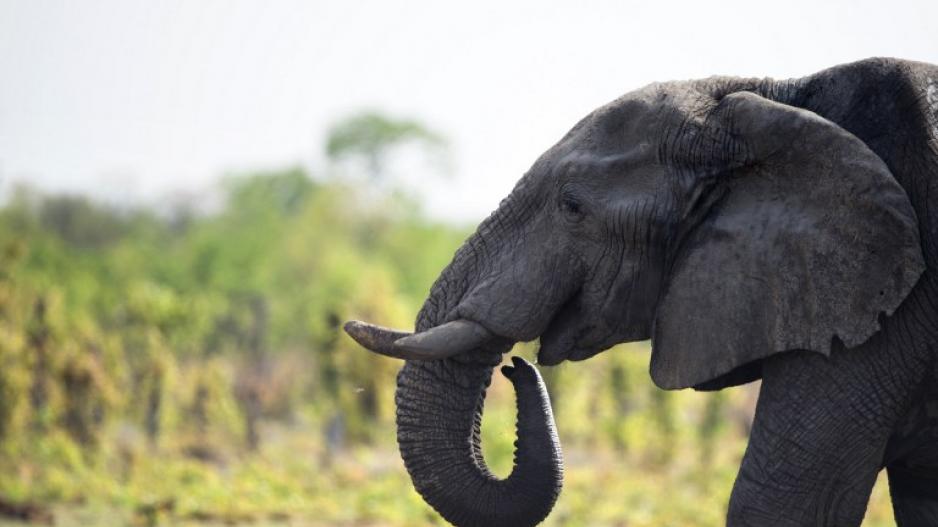 An African elephant ambles across a bushveld landscape. There are around 23,000 elephants in South Africa.

GABORONE – At least eight elephants have died after eating toxic plastic garbage from an open municipal garbage dump in the Zimbabwean resort town of Victoria Falls.

Charlene Hewitt, chief executive officer of the African-focused environmental conservation group Environment Africa, told local media that the spike in elephant deaths had prompted them to raise funds for the construction of a boundary fence around the resort to prevent wild animals from reaching the dump site.

According to veterinary specialists, elephants are likely to die with days of consuming large amounts of plastic because they cannot digest it.

Hewitt said at least $50,000 (R800,000) was needed to erect a fence that would use over 5,000 volts to administer non-lethal body shocks to keep the elephants out of the town environment.

Lions, warthogs and buffalo also regularly forage through the town garbage dump in search of food while on migration trails between the nearby Zambezi National Park and non-parks estate woodlands to the east.

“There are resident elephants that have been patrolling the town for years, they come to the dumpsite to find food, mostly at night. This fence will surround the dump site and will not be harmful to the animals. It  will give them only body shocks to keep them out,” Hewitt said.

She said the fence would be powered by solar panels and her organisation had approached the Victoria Falls Anti-Poaching Unit to help with patrolling the perimeter to prevent theft of the thick aluminium-strand fence by criminals and poachers.

Despite being one of the world’s most renowned tourism sites, the garbage generated by the industry in Victoria Falls is piled up in an open space on the edge of the town and never collected or treated by the local authority.

As a result, the site has become a major attraction for both wild and domestic animals, which forage through the garbage daily in search of food.